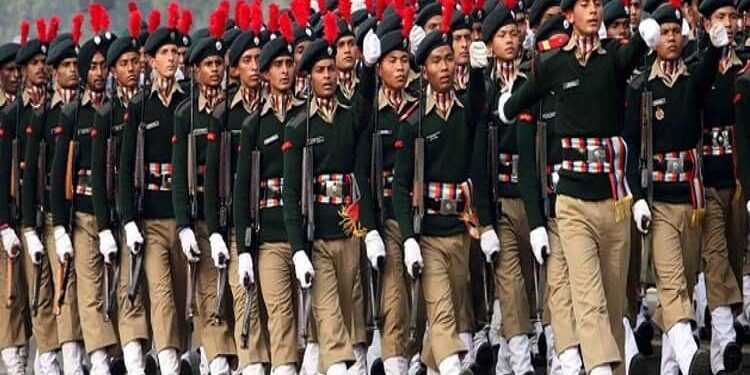 The aims of the NCC laid out in 1988 have stood the test of time and continue to meet the requirements expected of it in the current socio–economic scenario of the country. The NCC aims at developing character, comradeship, discipline, a secular outlook, the spirit of adventure and ideals of selfless service amongst young citizens. Further, it aims at creating a pool of organized, trained and motivated youth with leadership qualities in all walks of life, who will serve the Nation regardless of which career they choose. Needless to say, the NCC also provides an environment conducive to motivating young Indians to join the armed forces.

The Kashmir War of 1948 taught a very important lesson to India, that freedom needs to be protected by strong armed forces. Its immediate manifestation was that the recommendations of Kunzuru committee were placed before the Constituent Assembly (Legislature) on 13 Mar 1948. A draft Bill was sent to the Constituent Assembly (Legislative) on 19 Mar 1948, which evoked great interest and enthusiasm amongst all members. After due deliberations and amendments, the Bill was passed by the Assembly on 08 Apr 1948. The Central Govt accepted the opinion of the Provincial Govts and the Standing Committee’s recommendations for the formation of a Cadet Corps which was to be named as “National Cadet Corps”, as recommended by the Kunzru Committee.

The first step in the process of raising of the NCC was setting up of the NCC Secretariat now called Headquarters Directorate General NCC. In fact, even before the NCC Bill was passed by the Constituent Assembly (Legislative), the Ministry of Defence had set up the nucleus of the NCC Secretariat, with Col (later retired as Chief of Army Staff) Gopal Gurunath Bewoor as first Director of the NCC. He took over as Director of NCC on 31 Mar 1948.