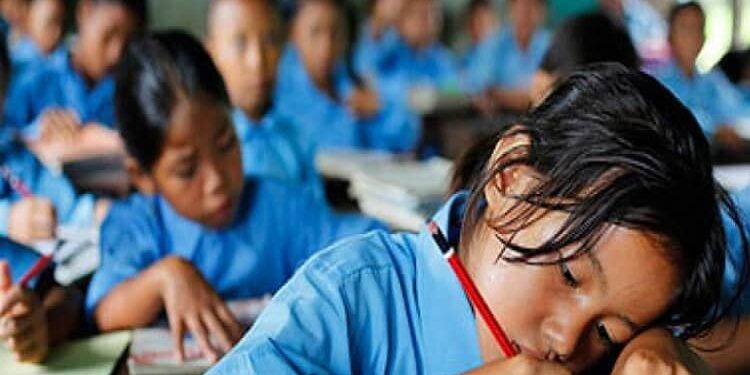 The SSK has distributed some 50 laptops exclusively for Namath Basai. Pre recorded classes are offered through a YouTube channel. Most children of 192 hamlets in Attappady began enjoying the classes when lessons in Namath Basai were introduced a few weeks ago. Classes are being offered in three tribal languages in Attappady. While the Irula language has the largest number of takers, the Muduka and Kurumba language do not have as many.

Out of the 192 hamlets in Attappady, 149 belong to the Irula tribe, 24 to the Muduka tribe and 19 to the Kurumba tribe. Naturally, the project got its name in Irula language. ‘Namath Basai’ in Irula means ‘our language’. The hamlets are spread across the Agali, Pudur, and Sholayur grama panchayats. Most hamlets in Sholayur are Irula, and most colonies in Pudur are that of the Kurumba tribe. But in Agali, which has 73 hamlets, the Irula, Muduka and Kurumba tribes are evenly spread.

Teaching in the tribal language has to a good extent stopped students from dropping out, which is quite usual in hamlets. The classes in their tribal mother tongue had added a new verve to the online studies. The Education department is reportedly planning to encourage schools in tribal areas too to promote classes in tribal mother tongue. The resource persons are from the locality, mainly drawn from the tribes. Though the textbooks are in Malayalam, the media of instruction are the tribal languages. This scheme is going a long way in preserving the ethnic culture and language of the tribespeople.