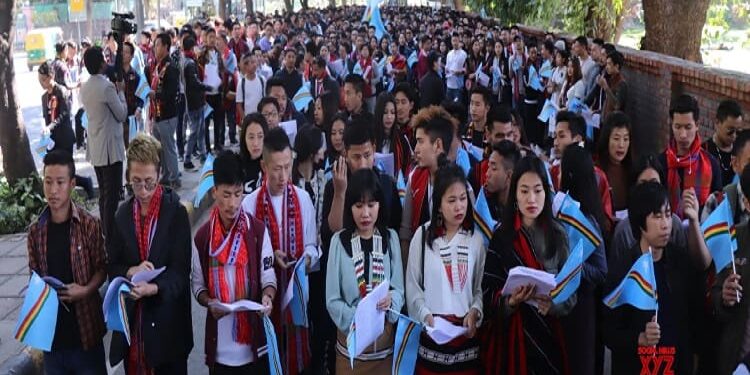 The Naga peace talks refer to talks undertaken between the Indian government and the various stakeholders in Nagaland to resolve decades-old disputes. Some of these issues date back to the colonial era. According to reports, the demand for a Greater Nagaland, or Nagalim— covering Nagaland, its neighboring states and even parts of Myanmar— has been an important part of Naga nationalism. It’s a demand being made for decades, and was first crystallized via the formation of a Naga Club in 1918. The Naga Club had reportedly told the Simon Commission that the Nagas should be left alone “to determine for ourselves as in ancient times”.

Nagaland Peace Accord is the accord signed in 2015 by the Government of India and the National Socialist Council of Nagaland (NSCN) to end the insurgency. Government’s Interlocutor for Naga Peace Talks R. N. Ravi signed it on behalf of the Government of India whereas Lt. Isak Chishi Swu, Chairman and Thuingaleng Muivah, General Secretary signed on behalf of the NSCN in presence of the Prime Minister Narendra Modi. The agreement was signed after over 80 rounds of talks between the government and various stakeholders, but the exact details of the agreement haven’t been revealed. In a statement after the agreement was signed, the government said it has “recognised the unique history, culture and position of the Nagas and their sentiments and aspirations. The NSCN understood and appreciated the Indian political system and governance“.

The optimism among some Naga groups eroded a bit when the NNPGs were brought on board the peace process on November 17, 2017. This agreement ostensibly made the peace process inclusive but it created suspicion about Delhi exploiting divisions within the Nagas on tribal and geopolitical lines. Further, fresh hurdles have emerged in the road to peace in Nagaland. After a framework agreement was signed, there have been more than 100 rounds of talks and several twists and turns. The latest involves the demand by the NSCN (I-M) to remove Nagaland Governor R.N. Ravi as the Centre’s interlocutor for the 23-year-old peace process and his alleged tweaking of the original framework agreement.

In 2019, R.N.Ravi issued a statement blaming the procrastinating attitude of the NSCN (I-M) for the delay in a mutually-agreed draft comprehensive settlement. He also said the NSCN (I-M) imputed imaginary contents to the framework agreement while referring to the government’s purported acceptance of a ‘Naga national flag’ and ‘Naga Yezhabo (constitution)’ as part of the deal. In 2020, the NSCN (I-M) took offence to Mr. Ravi’s letter to Nagaland Chief Minister Neiphiu Rio in which he referred to them as armed gangs running parallel governments. The NSCN (I-M) reacted by demanding Mr. Ravi’s removal from the peace process but the Naga National Political Groups (NNPGs), a conglomerate of seven rival groups, and some social organisations want him to stay.