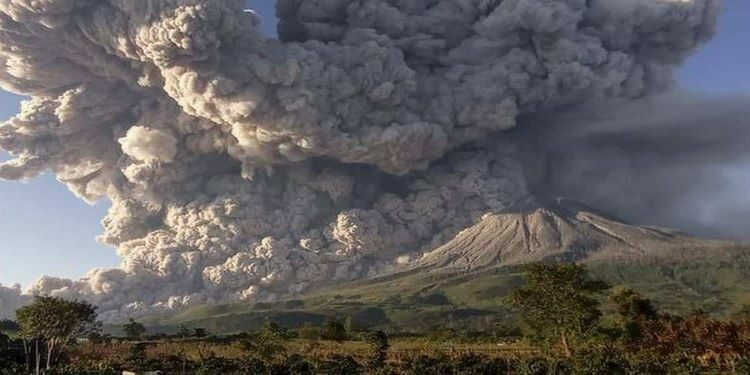 In news : Mount Sinabung of Indonesia erupted and  sent a cloud of hot ash as high as 3 km