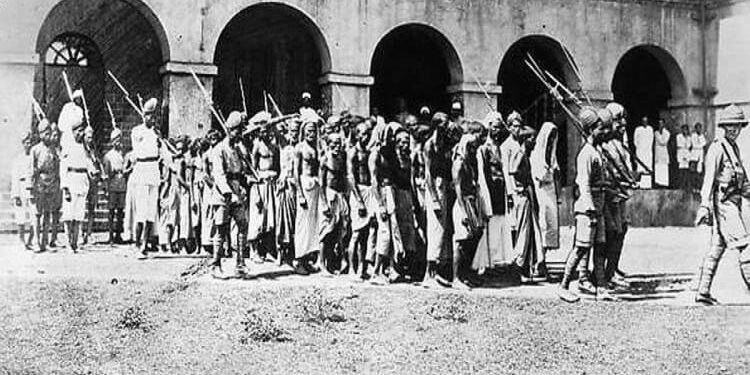 The Moplah Rebellion (also called Mappilah revolt) is a contentious episode of India’s colonial history. As 2021 is the centenary of the Moplah rebellion, controversy has erupted over the character of the riots. The topic is important both from prelims and mains point of view.

In news: Moplah rioters are not freedom fighters according to a recent report.

Placing it in syllabus: Rebellion

Is moplah rebellion a communal riot or a national movement?

Though multiple factors like economic distress, anger against foreign rule and the tenancy laws contributed to the movement, in true nature it was an agrarian revolt that simultaneously took on the garb of anti-colonialism and religious fanaticism.

Modern historians tend to treat the revolts as religious outbreaks or expressions of agrarian discontent. People of secular and nationalist persuasions see it as a major instance of resistance to British colonial rule. But people of the Hindutva persuasion portray it as ingrained Muslim hatred against Hindus.

A report submitted to the Indian Council of Historical Research (ICHR) in 2016 had recommended the delisting of Wagon Tragedy victims and Malabar Rebellion leaders from a book on martyrs of India’s freedom struggle. The report had sought the removal of names of 387 ‘Moplah rioters’ from the list.

The review report noted that almost all the Moplah outrages were communal. They were against the Hindu society and done out of sheer intolerance. The British convicted the rioters after proper trial. These dead were never recognised as freedom fighters elsewhere.

What is the Moplah rebellion?

The immediate trigger of the Mappila uprising was the Non-Cooperation Movement launched by the Congress in 1920 in tandem with the Khilafat agitation.

The British had introduced new tenancy laws that tremendously favoured the landlords and instituted a far more exploitative system than before. The new laws deprived the peasants of all guaranteed rights to the land and its produce and in effect rendered them landless.

In Malabar Congress many of the leaders were Nairs who formed an intermediate grouping of well-off peasants with their own economic and social grudges against the Namboodiri landlords but largely unsympathetic to the economic travails of the Mapillahs.

The anti-British sentiment fuelled by these agitations found fertile ground among the Muslim Mapillahs living in economic misery mainly due to British policies.

The fiery speeches by Muslim religious leaders added to the religious fervour of desperate peasantry and fuelled their ire against the British and the Hindu landlords. This led to the atrocities committed by a segment of the mobilised Mapillahs against Hindus regardless of caste.

Mould your thought: What was the root cause behind Mappilah revolts? What is the recent controversy over the nature of the revolt?
Source: The Hindu
Tags: GS-1Mains