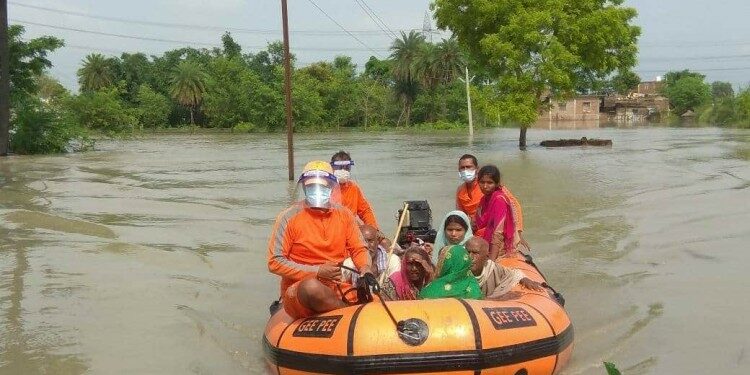 Even as the southwest monsoon began to retreat from the subcontinent, Kerala and Uttarakhand received record rainfall in October. In both these States and others, over the last few years, there have been variations in the pattern and intensity of rainfall. Kerala had seen a severe spell in 2018, which caused havoc. This year’s rain, too, claimed lives in Kerala and Uttarakhand.

In news: Why is India facing bouts of extreme weather?
Placing it in syllabus: Disaster Management

Pattern of Southwest monsoon and its retreat:

The plethora of disasters since 2013 from Himalayas to Western Ghats

Factors behind disasters related to monsoon

Obstruction of free-flow of rivers:

A study by Utah State University analyzed the natural and anthropogenic influences on the climate anomalies using simulations, and found that

In addition, a regional modeling diagnosis attributed 60–90 % of rainfall amounts in the June 2013 event to post-1980 climate trends.

Mould your thought: Discuss the reasons behind the increased disasters related to Monsoon in India? What can be done in the long run to avoid such events?