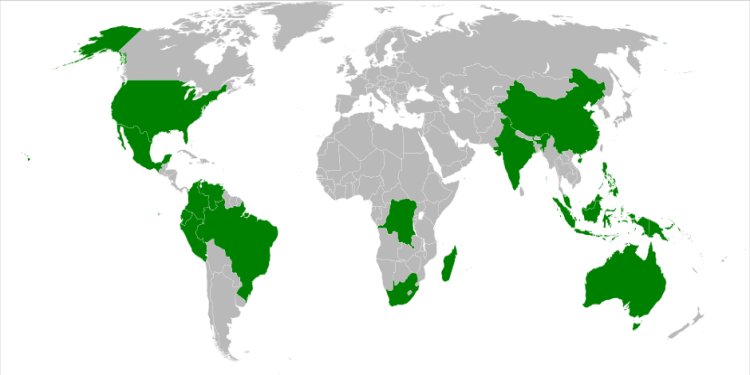 Megadiverse Countries is a term used to refer to the world’s top biodiversity-rich countries. This country-focused method raises national awareness for biodiversity conservation in nations with high biological diversity, with many species unique to a specific country. This concept was first proposed in 1988 by Russell Mittermeier.