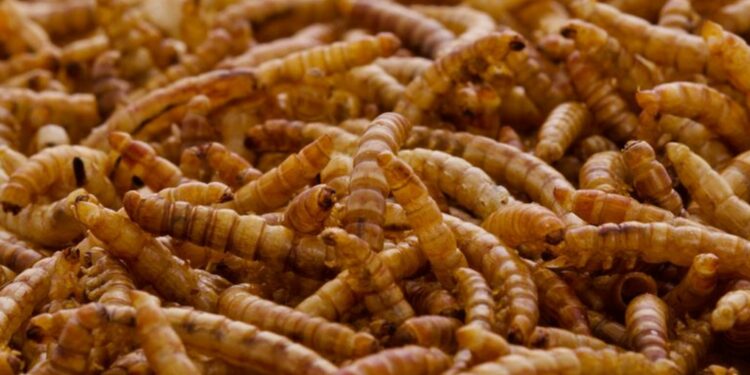 In general,  Mealworms are the larval form of the mealworm beetle, Tenebrio molitor, a species of darkling beetle. Like all holometabolic insects, they go through four life​ stages:  egg, larva, pupa, and adult.

Mealworms are typically used as a pet food for captive reptiles, fish, and birds. They are also provided to wild birds in bird feeders, particularly during the nesting season. They are also used as fishing bait.

Which kinds of mealworms approved by EFSA for human consumption?

As per the EFSA report, these worms are going to be the first of many insects to feature on European plates in the coming years.

While mealworms are already part of pet food in the European Union, the new development by EFSA allows mealworms to be used whole and dried. Now, these worms can be used in curries and soups as well as in biscuits, pasta and bread.

Note: as per EFSA, the delicacies may not be advisable for everyone, however. Those with prawn and dustmite allergies are likely to suffer a reaction to the Tenebrio molitor larvae, whether eaten in powder form as part of a recipe or as a crunchy snack, perhaps dipped in chocolate.

Which are the other countries permit such foods?

What are the health benefits of Mealworms?

Mealworms are useful for their high protein, fat and fibre content

Mealworm larvae contain levels of potassium, copper, sodium, selenium, iron and zinc that rival that of beef. Mealworms contain essential linoleic acids as well. They also have greater vitamin content by weight compared to beef, B12 not included

The European Food Safety Authority (EFSA) is the agency of the European Union (EU) that provides independent scientific advice and communicates on existing and emerging risks associated with the food chain.

EFSA issues advice on existing and emerging food risks. This advice informs European laws, rules and policymaking – and so helps protect consumers from risks in the food chain. Its remit covers: