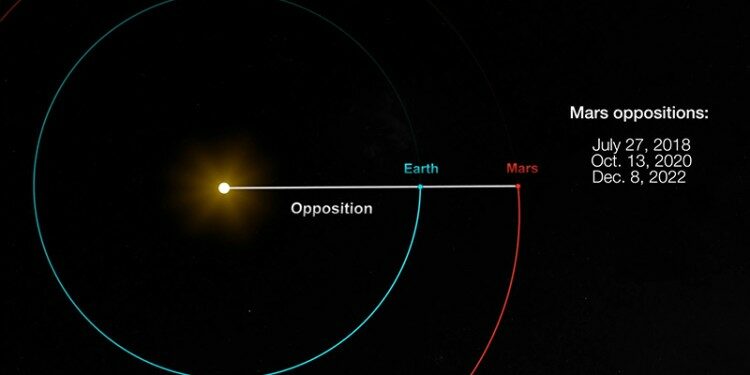 What is the Opposition ?

Logic behind the name 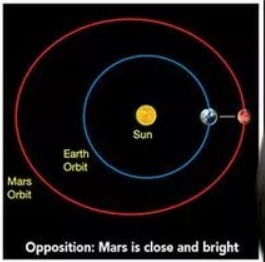 Mars Opposition: Mars and the Sun are on directly opposite sides of Earth.