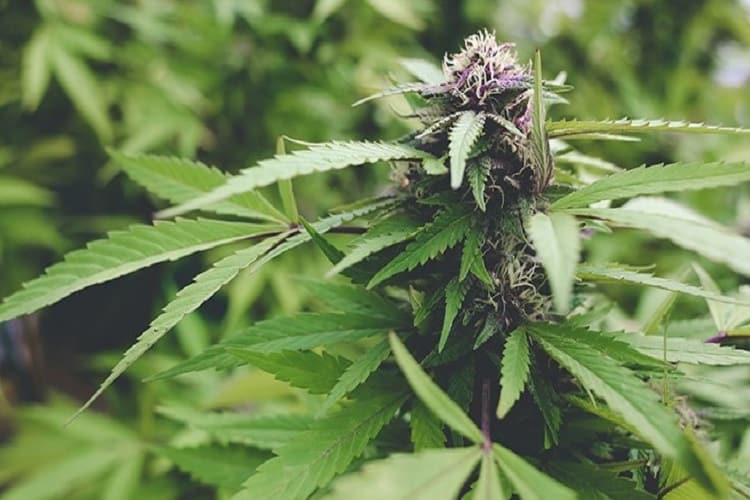 Marijuana, also called weed, herb, pot, grass, ganja—is a greenish-gray mixture of the dried flowers of Cannabis sativa. Some people smoke marijuana in hand rolled cigarettes called joints, in pipes or in blunts. Marijuana can also be used to brew tea and, particularly when it is sold or consumed for medicinal purposes, is frequently mixed into food.

Marijuana is one of the most commonly used psychotropic drugs in the world. The main psychoactive (mind-altering) chemical in marijuana, responsible for most of the intoxicating effects that people seek, is delta-9-tetrahydrocannabinol (THC). The chemical is found in resin produced by the leaves and buds primarily of the female cannabis plant. The plant also contains more than 500 other chemicals, including more than 100 compounds that are chemically related to THC, called cannabinoids.

When marijuana is smoked, THC and other chemicals in the plant pass from the lungs into the bloodstream, which rapidly carries them throughout the body to the brain. The person begins to experience effects almost immediately. Many people experience a pleasant euphoria and sense of relaxation. Other common effects, which may vary dramatically among different people, include heightened sensory perception (e.g., brighter colors), laughter, altered perception of time, and increased appetite.

Pleasant experiences with marijuana are by no means universal. Instead of relaxation and euphoria, some people experience anxiety, fear, distrust, or panic. These effects are more common when a person takes too much, the marijuana has an unexpectedly high potency, or the person is inexperienced. People who have taken large doses of marijuana may experience an acute psychosis, which includes hallucinations, delusions, and a loss of the sense of personal identity. These unpleasant but temporary reactions are distinct from longer-lasting psychotic disorders, such as schizophrenia, that may be associated with the use of marijuana in vulnerable individuals.

Imaging studies of marijuana’s impact on brain structure in humans have shown conflicting results. Some studies suggest regular marijuana use in adolescence is associated with altered connectivity and reduced volume of specific brain regions involved in a broad range of executive functions such as memory, learning, and impulse control compared to people who do not use. Other studies have not found significant structural differences between the brains of people who do and do not use the drug.

The central law that deals with cannabis (weed or marijuana) in India is the Narcotic Drugs and Psychotropic Substances Act, 1985. However, different states have their own laws relating to consumption, possession, sale or purchase of weed or marijuana. In general, in India, possession of these drugs is considered a criminal act. The NDPS Act prohibits the sale and production of cannabis resin and flowers, but the use of leaves and seeds of the cannabis plant is permitted, with the states having the power to regulate and form the state rules for it. Any person caught in possession of any of these parts of the cannabis plant may be arrested. Even possessing prohibited drugs (weed or marijuana) in India is an offense under the NDPS Act. The purpose of possession of drugs is not relevant and the punishment depends upon the quantity of drugs in possession. If a person is caught with drugs or found to be a drug addict, he/she would not be subject to prosecution if he/ she voluntarily chooses to undergo de-addiction treatment.

Indians have a very strong mythical and medicinal relationship with Marijuana. It’s been there for centuries as part of festivities and culture. In 1986, Govt of India under pressure from the medicinal lobby of the US, gave in to create stringent narcotic laws that made the sale, production, and transportation of illegal in the country. There have been for or against the argument for legalizing this drug ever since. The law has been unable to make a real difference, albeit shifted a legal source of state income to international drug cartels.