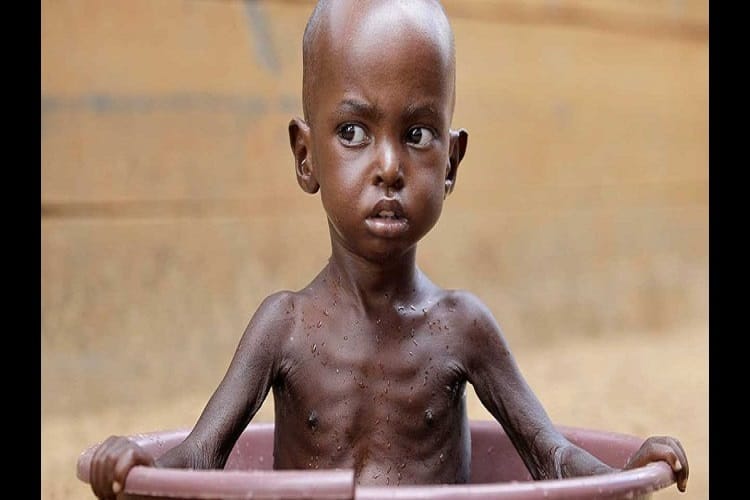 Malnutrition refers to getting too little or too much of certain nutrients. It can lead to serious health issues, including stunted growth, eye problems, diabetes and heart disease. Malnutrition affects billions of people worldwide. Some populations have a high risk of developing certain types of malnutrition depending on their environment, lifestyle and resources.

Wasting usually indicates recent and severe weight loss, because a person has not had enough food to eat and/ or they have had an infectious disease, such as diarrhoea, which has caused them to lose weight.

Stunting is the result of chronic or recurrent undernutrition, usually associated with poor socioeconomic conditions, poor maternal health and nutrition, frequent illness, and/ or inappropriate infant and young child feeding and care in early life.

Inadequacies in intake of vitamins and minerals often referred to as micronutrients, can also be grouped together as micronutrient related malnutrition. Micronutrients enable the body to produce enzymes, hormones, and other substances that are essential for proper growth and development.