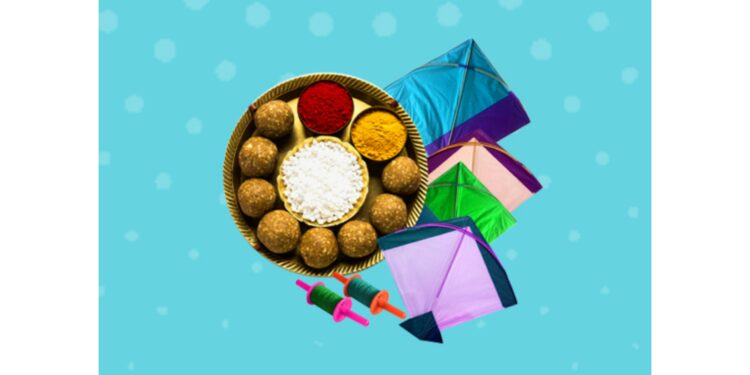 In news : Makar sankranti  is the first major festival to be celebrated in India and usually takes place in January, this year the festival will be celebrated on January 14.

About the Makar sankranti

Festivals associated with Makara Sankranti and its different names

The festivities associated with Makar Sankranti are known by various names, such as Magha Sankranti in Nepal, Magh Bihu in Assam, Maghi (preceded by Lohri) in Punjab, Haryana and Himachal Pradesh, popular amongst both the Hindus and Sikhs, Sukarat in central India, Thai Pongal in Tamil Nadu, Uttarayan in Gujarat, Uttarakhand and Uttar Pradesh, Ghughuti in Uttarakhand, Makara Sankranti in Odisha, Karnataka, Maharashtra, Goa, West Bengal (also called Poush Sankranti), Uttarakhand and Uttar Pradesh (also called Khichidi Sankranti) or as Sankranthi in Andhra Pradesh and Telangana 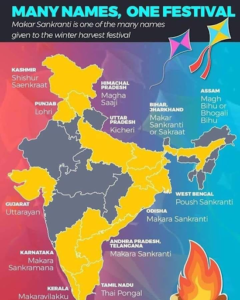