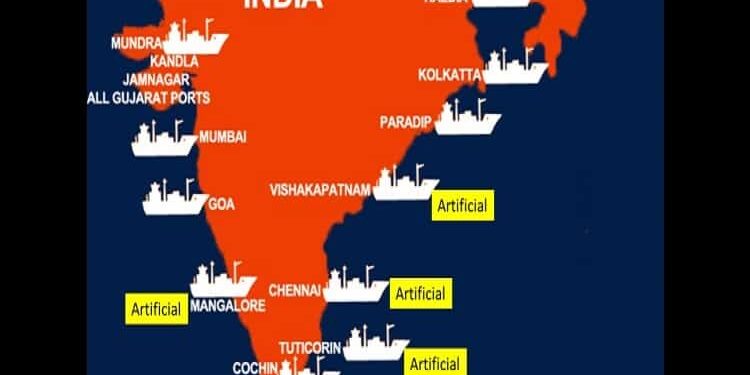 India has a long coastline of 5,560 Kms, having access to the sea on three sides with 12 major and 168 minor/ intermediate ports. Major ports are directly under the administrative control of the Central Government while minor/ intermediate ports are managed and administered by the respective maritime State Governments. It is a well known fact that shipping has always been regarded as an important transport sector of national activities in all maritime countries, and it is well suited for transportation of bulk cargoes at low cost. Coastal Shipping, as a complimentary mode of transport is not only an economic necessity but also a valuable asset in times of emergency.

According to the Ministry of Shipping, around 95% of India’s trading by volume and 70% by value is done through maritime transport. India has 12 major and 205 notified minor and intermediate ports. Under the National Perspective Plan for Sagarmala, six new mega ports will be developed in the country. The Indian ports and shipping industry play a vital role in sustaining growth in the country’s trade and commerce.

The Indian Government plays an important role in supporting the ports sector. It has allowed Foreign Direct Investment (FDI) of up to 100% under the automatic route for port and harbour construction and maintenance projects. It has also facilitated a 10-year tax holiday to enterprises that develop, maintain and operate ports, inland waterways and inland ports.

Some of the major initiatives taken by the government to promote the ports sector in India are as follows: 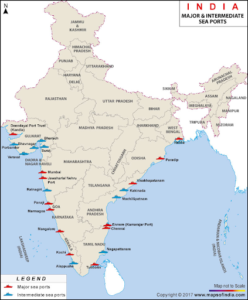