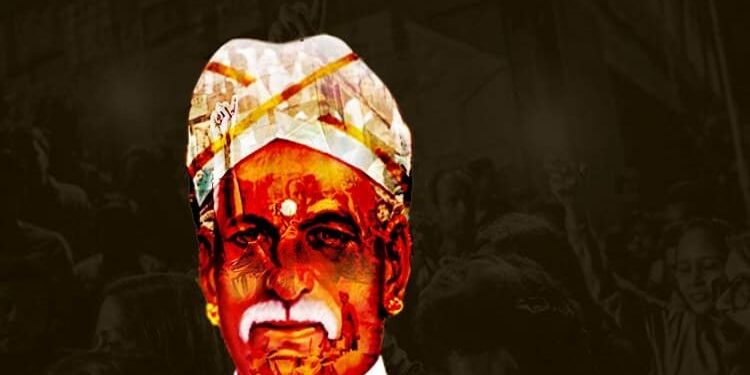 The Prime Minister paid tribute to social reformer Mahatma Ayyankali, saying his work towards social reforms and empowering the downtrodden will always inspire people. It was 125 years ago that a 30-year-old man from the ‘untouchable’ Pulaya caste (now in the Scheduled Caste list) rode a ‘villuvandi’ (ox-cart) into the history of social reformation in Kerala. This year, the 155th birth anniversary of that daring social reformer, Mahatma Ayyankali, from erstwhile Travancore is being celebrated.

Ayyankali was born on August 28, 1863, to Maala and Ayyan at Venganoor, which is now in Thiruvananthapuram district. The caste discrimination he faced as a child turned him into a leader of an anti-caste movement and who later fought for basic rights including access to public spaces and entry to schools.

Ayyankali in 1893 rode an ox-cart challenging the ‘ban’ on untouchables from accessing public roads by caste-Hindus. This is celebrated as one of the major achievements in the history of Dalit movements in Kerala. He, later, also led a rally to assert the rights of ‘untouchables’ at Balaramapuram. An ‘upper caste’ mob attacked them and a fight broke out. “The walk Ayyankali took came to be known as ‘walk for freedom’ and the consequent riots as ‘Chaliyar riots’,” wrote scholar and activist Anand Teltumbde in his book ‘Dalits: Past, present and future’.

Though Pulayars gained the right to access roads, temples and schools were still inaccessible. Ayyankali had a three-level solution for this. First, to ask the government for help, second to fight with upper caste landlords and third, to start own schools. All three were enabled which partially helped them to realise their dream. Pulaya farmers, under the leadership of Ayyankali, declared “If our kids are not allowed to enter your schools, your paddies will grow mere weeds.” It is also considered as the first strike of the working class in Kerala, the state which gave birth to the first elected Communist government in the world.

On March 1, 1910, just 44 years before Kerala state was born, the Travancore government ordered that Pulaya children be admitted to ‘all schools which Ezhava (a numerically dominant caste in Kerala which currently comes in the OBC list) children have access’. Inspired by Sree Narayana Guru, a social reformer from Ezhava caste, Ayyankali started Sadhu Jana Paripalana Sangham (association for the protection of the poor) which later raised funds to start their own schools.

Despite the government ruling, the managements were not ready to admit Pulaya kids in schools. At Pullad in the current Pathanamthitta district, Ayyankali led another strike to enable the ruling. It is referred to as the Pullad riots. The historical worker’s strike, which Ayyankali organised, saw success after an year. Though landlords tried to break the unity, nothing helped them in achieving that. ‘Ayyankali Sena’, the team of Ayyankali, ensured physical support to the protestors. Ayyankali himself organised ways for the Pulayars to sustain themselves during the strike through a deal with the fishermen community at Vizhinjam to get a share of their fish collection. Landlords had to accept demands for wage revision and access to roads and schools.