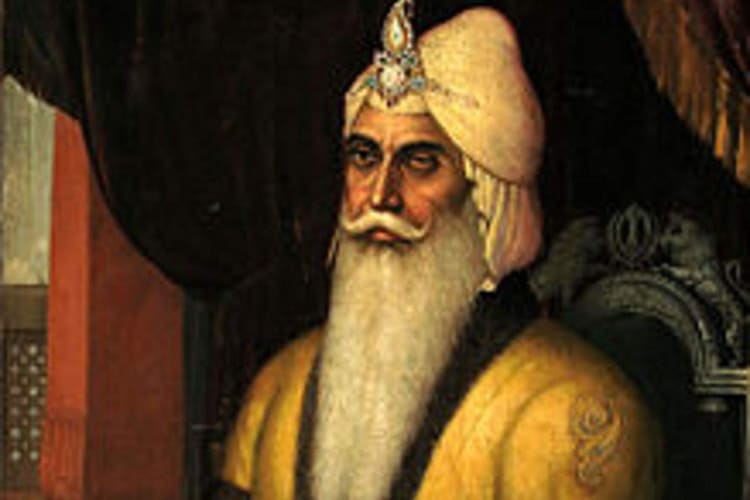 Maharaja Ranjit Singh, the 19th-century ruler of the Sikh Empire in India, has beaten competition from around the world to be named the “Greatest Leader of All Time” in a poll conducted by BBC World History Magazine. Further, Pakistan conveyed its readiness to India to reopen the Kartarpur Corridor on the occasion of the death anniversary of Sikh guru Maharaja Ranjeet Singh.

Described as the “Lion of Punjab”, Ranjit Singh’s rise to power came after a period of economic and political uncertainty. He was the founder and maharaja (1801–39) of the Sikh kingdom of the Punjab. By the early decades of the 19th century, he had modernised the Sikh Khalsa Army, embraced western innovations without abandoning local forms and institutions, unified the fractious misls or states, stabilised the frontier with Afghanistan, and reached a mutually beneficial detente with the British East India Company.

Ranjit Singh began to modernize his army, using European officers-many of whom had served in the army of Napoleon I-to train the infantry and the artillery.

At their height, his domains extended from the Khyber Pass in the northwest to the Sutlej River in the east and from the Kashmir region at the northern limit of the Indian subcontinent southward to the Thar (Great Indian) Desert. All Ranjit Singh’s conquests were achieved by Punjabi armies composed of Sikhs, Muslims, and Hindus. His commanders were also drawn from different religious communities, as were his cabinet ministers.

After his death in 1839, Ranjit Singh’s empire of toleration unravelled. The British invaded, the Sikh empire collapsed and instability returned to the region.