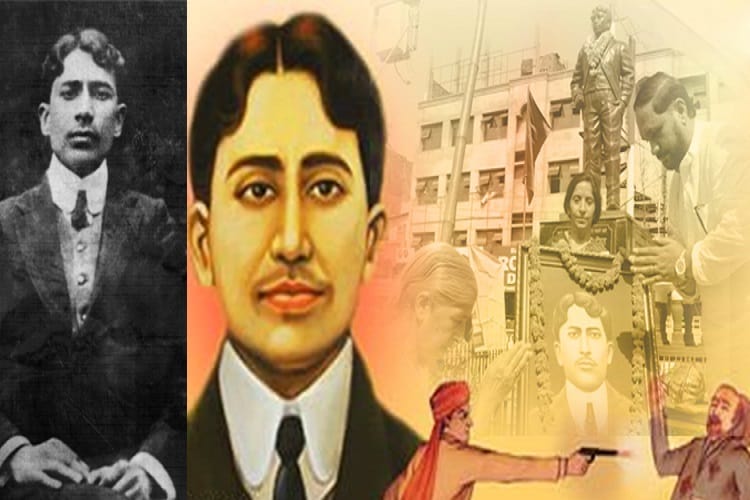 Shaheed Madan Lal Dhingra (18 September 1883 – 17 August 1909) was an Indian revolutionary independence activist. While studying in England, he assassinated William Hutt Curzon Wyllie, a British official. He was the sixth of seven children of a civil surgeon. All six sons studied abroad. In June 1906, Dhingra left Amritsar for Britain. He enrolled in University College, London, to study engineering.

Dhingra arrived in London a year after the foundation of Shyamaji Krishnavarma’s India House. This organization in Highgate was a meeting place for Indian radicals. They had weekly meetings, which Dhingra would often attend. V. D. Savarkar became manager of India House and inspired Dhingra’s admiration in the philosophy of assassination. However, Dhingra became aloof from India House and was known to undertake shooting practice at a range on Tottenham Court Road. On 1 July 1909, he attended an ‘At Home’ hosted by the National Indian Association at the Imperial Institute. At the end of the event, as the guests were leaving, Dhingra shot Sir Curzon-Wyllie, an India Office official, at close range. His bullets also hit Dr Lalcaca, a Parsee doctor, who was killed.

Dhingra was immediately arrested. At his trial, Dhingra represented himself, although he did not recognize the legitimacy of the court. He claimed that he had murdered Curzon-Wyllie as a patriotic act and in revenge for the inhumane killings of Indians by the British Government in India. He was found guilty and sentenced to death. He was executed at Pentonville Prison on 17 August 1909.

Dhingra was also especially troubled by the poverty of India, in contrast to the wealth of the ruling British. He studied the literature concerning the causes of Indian poverty and famines extensively, and felt that the key issues in seeking solutions to these problems lay in Swaraj (self-government) and Swadeshi. He found that the industrial and finance policies of the colonial government were calculated to suppress local industry and favour British manufacturing, and that this was a major reason for the endemic poverty of India in that era. Dhingra embraced with particular fervour the Swadeshi movement, which was about encouraging Indian industry and entrepreneurship while boycotting British (and other foreign) goods.