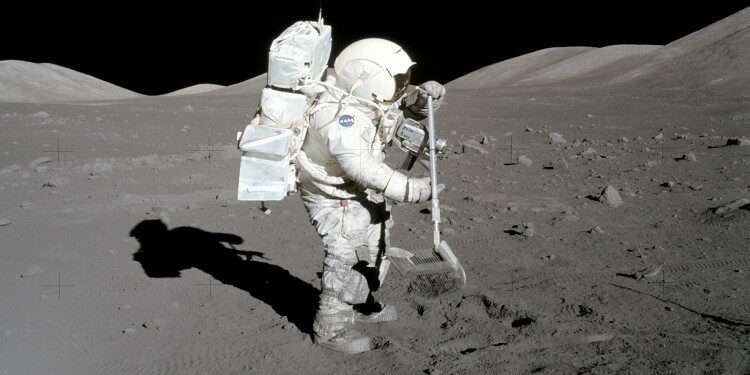 Space is the new platform for competition among global powers. Different space agencies are in race to claim supremacy in space explorations. Recent lunar probe launched by Chinese Space agency is one such milestone. One has to study the different space missions from both prelims and mains point of view.

In news: The Chang’e 5 lander of Chinese lunar mission set down on the lunar surface on December 1st, 2020.
Placing it in syllabus: S&T – space

Chang’e 1 was launched in October 2007 on a 16-month mission to map the moon. The spacecraft scrutinized the lunar surface, analyzed the composition and depth of the materials there, and also looked at the surrounding environment. The mission fulfilled all of its objectives and controllers deliberately crashed the spacecraft onto the moon on March 2, 2009.

Chang’e 2, the second Chinese lunar mission was launched on Oct. 1, 2010. It returned a high-resolution map of the entire moon’s surface and took close-up images of the Bay of Rainbows, where mission planners at the time suggested they might put down the country’s first lander. Chang’e-2 left the moon’s neighborhood in April 2012 to fly by the asteroid 4179 Toutatis, which it reached in December 2012. 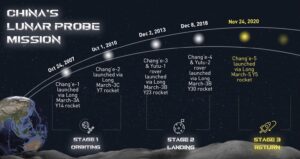 Chang’e 3 was the third Chinese lunar mission and the first to land on the surface. It made a safe landing on the moon on Dec. 14, 2013, at Mare Imbrium, on a site later called Guang Han Gong (Moon Palace). Chang’e 3 took images of the night sky from its perch on the surface, using an optical telescope, and it sent back imagery of the surrounding area as well as of its rover, Yutu. It also discovered a new kind of basaltic rock in 2015.

In October 2014, China launched its first round-trip moon journey, dubbed Chang’e 5 Test 1 mission. The mission was supposed to test the performance of spacecraft items such as its heat shield, guidance, navigation and control. Once analyzed, this information was expected to be included in future lunar-landing missions. The Chang’e 5 Test 1 mission landed safely in Mongolia on Oct. 31, 2014.

Chang’e 4 descended into history on January 2, 2019, when it made a safe touchdown on the far side of the moon. The spacecraft landed in Von Kármán Crater, taking pictures of its gentle fall using a descent camera. The lander and its rover will work together to learn more about the moon’s radiation environment, surface and subsurface. They also will do radio astronomy, as well as a small biosphere experiment.

Chang’e -5 was launched in November, 2020. On 1st December, the Chang’e 5 ascent vehicle blasted off from the moon surface with the collected samples. The Chang’e 5 sample return mission is expected to last just 23 days, ending with a landing in Inner Mongolia around Dec. 17.

However, a part of the mission failed as the Vikram lander crash-landed on the lunar surface.

Together, the missions will form part of a planned International Lunar Research Station, a major project concept that China has proposed to other nations.