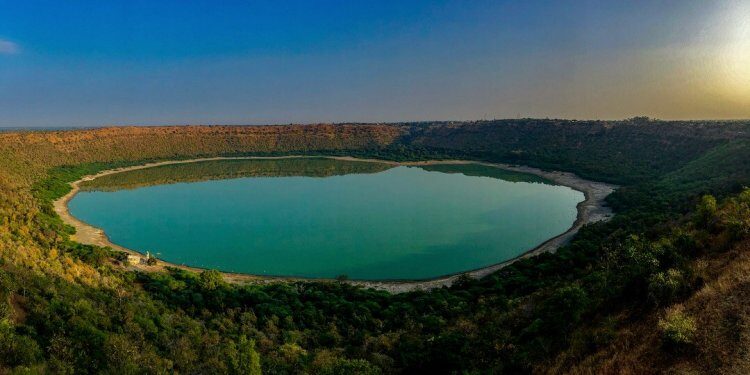 In news- Recently the Nagpur bench of the Bombay High Court directed the Maharashtra government to establish Lonar Crater Lake Development Authority for the conservation of Lonar crater lake. The petitions were filed in the court to save the crater lake which is being contaminated due to passing of sewage water and other such reasons.

The colour of the lake water recently had turned pink, due to the presence of Haloarchaea or halophilic archaea. The absence of rain, less human interference and high temperature resulted in the evaporation of water which increased its salinity and pH that facilitated the growth of halophilic microbes. Now the lake has turned back to its original colour.

Though the lake is the most famous one for being the world’s largest basaltic impact crater, the other two India’s prehistoric meteoric craters are Dhala in Madhya Pradesh and Ramgarh in Rajasthan.