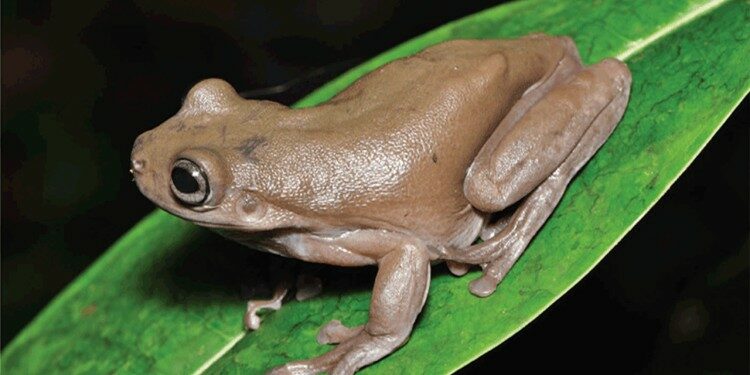 A team of researchers led by Griffith University has described a new species of the Australasian tree frog genus Litoria from the rainforests of New Guinea.

Chocolate frog from New Guinea and the Australian green tree frog are similar because Australia and New Guinea used to be linked by land for much of the late Tertiary period (2.6 million years ago), and share many biotic elements

Today, the island of New Guinea is separated from the ‘horn’ of Queensland by the Torres Strait. New Guinea is dominated by rainforest, and northern Australia by the savannah.