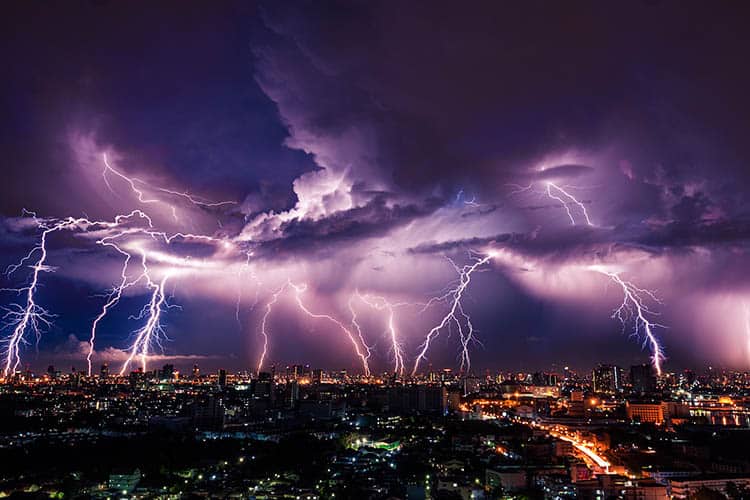 Lightning strikes have already killed 147 people in Bihar over the last 10 days, with IMD warning of more extreme weather conditions to come, driven by climate change.

Lightning strikes during the annual monsoon that runs from June to September are fairly common. But this year, the number of deaths in Bihar has already surpassed the total number recorded annually for the state over the past few years, even though the monsoon season has just started. The monsoon is crucial to replenishing water supplies in South Asia, but also causes widespread death and destruction across the region each year.

The distribution of lightning around the planet is directly linked to the Earth’s climate, which is driven by solar insolation. The diurnal and seasonal heating of the continental landmasses results in large fluctuations in temperature, influencing atmospheric stability, and the development of thunderstorms. Lightning activity is positively correlated with surface temperatures on short time scales, and due to projections of a warmer climate in the future, one of the key questions is related to the impact of future global warming on lightning, thunderstorms, and other severe weather.

Lightning itself is also linked to variations in upper tropospheric water vapour, and tropospheric ozone, both of which are strong greenhouse gases. Climate model studies show that in a future warmer climate we may have less thunderstorms overall, but more intense thunderstorms, which may increase the amount of lightning by 10% for every one degree of global warming.