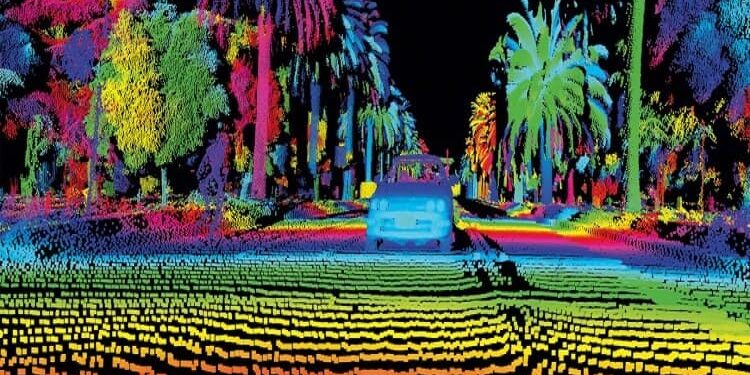 Lidar, which stands for Light Detection and Ranging, is a remote sensing method that uses light in the form of a pulsed laser to measure ranges (variable distances) to the Earth. These light pulses, combined with other data recorded by the airborne system, generate precise, three-dimensional information about the shape of the Earth and its surface characteristics.

A lidar instrument principally consists of a laser, a scanner, and a specialized GPS receiver. Airplanes and helicopters are the most commonly used platforms for acquiring lidar data over broad areas. Two types of lidar are topographic and bathymetric. Topographic lidar typically uses a near-infrared laser to map the land, while bathymetric lidar uses water-penetrating green light to also measure seafloor and riverbed elevations. Lidar systems allow scientists and mapping professionals to examine both natural and manmade environments with accuracy, precision, and flexibility.