Legal Age of Marriage for Women 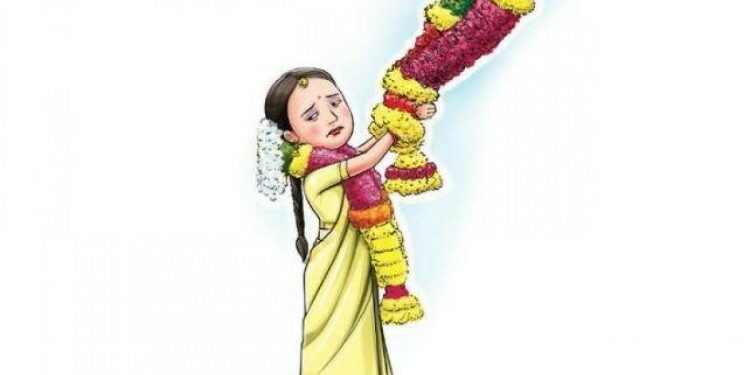 Greater awareness and stronger laws have meant that India has come a long way in tackling child marriage. However, despite the improvement, child marriage rates are at 23%, according to latest survey. The rationale behind the recent bill is to make the age of marriage equal for both men and women to achieve gender equality. However, only bringing changes in the statute does not do much to serve the purpose. Education, health and economic equality are prerequisites for achieving gender-neutral progress in society.

In news: The Prohibition of Child Marriage (Amendment) Bill, 2021, introduced in Lok Sabha has been sent to a Parliamentary Standing Committee for further discussion

Placing it in syllabus: Society

Mandate for Task force on re-examining the minimum age of marriage:

Why does the practice of early marriage still exist in India?

Advantages of raising the minimum age:

Issues of raising the minimum age: 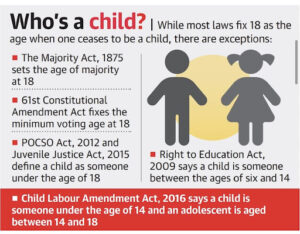 According to the National Family Health Survey-5 (2019-2021), 23.3% of women in the age of 20 to 24 were married before the age of 18, which is an improvement from 26.8% in 2015-2016. As part of the United Nations’ Sustainable Development Goals, India has promised to eliminate child marriage by 2030. To achieve this, there should be greater emphasis on girl’s education and making education more accessible to and affordable for girls from poor families.

Access to schools and colleges for girls, including their transportation to the institutes from far-flung areas needs to be increased. Providing Skill and business training as well as giving sex education in schools is necessary. Focussed programmes and necessary budgetary allocations to ensure that every child receives basic education is needed.

Awareness campaigns with the help of NGOs must be undertaken on a massive scale to increase the age of marriage, and to encourage social acceptance of the new legislation.