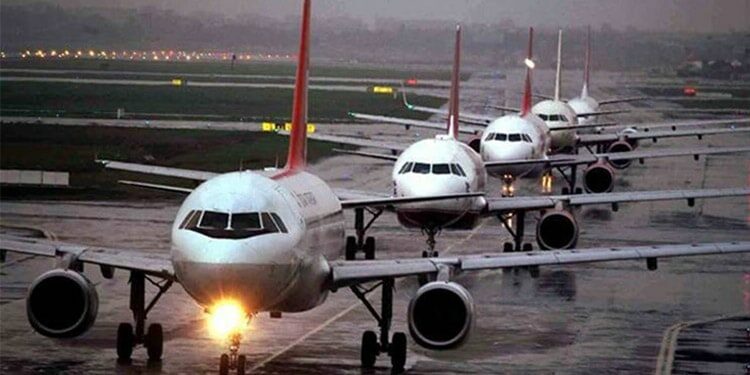 The central government cleared the award of airports at Jaipur, Thiruvananthapuram and Guwahati for redevelopment to Adani Enterprises Ltd. The Airports Authority of India (AAI) will get ₹1,070 crore upfront from handing over the airports for redevelopment.

The airports would be leased through public private partnership (PPP) for a period of 50 years. After running them for 50 years, the private operator would be handing over the airports back to the AAI. The fund received upfront will be used to develop airports in smaller cities. The other benefit is that travellers will get better facilities. It will also improve efficiency.

These three airports were among a total of six where Adani Enterprises Limited emerged as the highest bidder last year during the privatisation process initiated by the AAI. While Lucknow, Ahmedabad and Mangalore were approved for handing over to the private player, the remaining three airports weren’t because of legal cases.

Adani Enterprises Ltd. had earlier this year sought an extension of six months for taking over Lucknow, Ahmedabad and Mangalore airports citing uncertainty due to the pandemic. The extra window was extended by the AAI and it remains to be seen whether the private entity will be able to take over within the mandatory six months period of being awarded an airport. The economic disruption and dent in consumer confidence delivered by the pandemic has impacted the revenues of airport operators and their fortunes are linked to a return of confidence in air travel.

These projects will bring efficiency in service delivery, expertise, enterprise, and professionalism, apart from harnessing the needed investment in the sector. Airports are leased out to private players for redevelopment on the basis of revenue sharing arrangement with the AAI. In addition to imposing a user fee on passengers, the private developer also has the right to establish new revenue streams through measures such as real estate development around the airport.

PPP in airport infrastructure projects has so far ensured world-class infrastructure at airports, and augmentation of revenue. The quality of services to airport passengers has also improved. Mumbai, Delhi, Bengaluru, Hyderabad, and Cochin are run through this PPP model. Airports Council International (ACI) has been recognizing PPP airports in India as top-ranked airports in Asia and the world in terms of Airport Service Quality (ASQ).