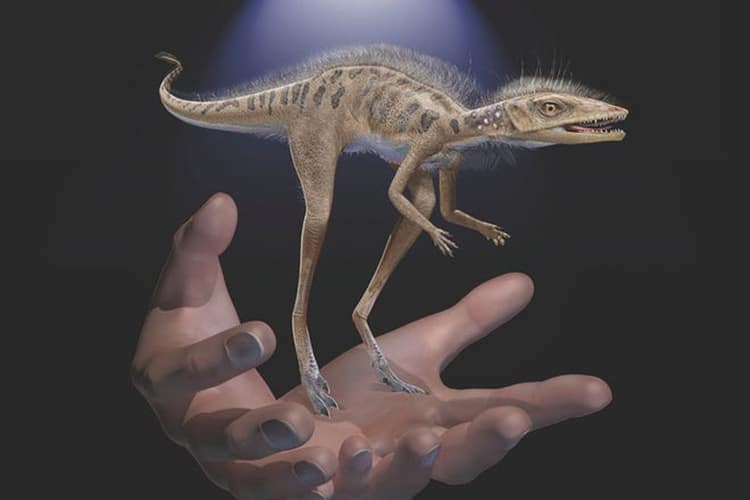 A newly described species from Madagascar suggests that dinosaurs and pterosaurs (extinct flying reptiles) had extremely small ancestors — just 10 centimetres tall. It was named Kongonaphon kely which roughly translates from the Malagasy language as ‘tiny bug slayer’ — a reference to its insect diet.

The fossils were discovered in 1998 as part of an expedition by an American–Malagasy crew. The site that produced Kongonaphon had already yielded a number of other fossils, so the expedition crew was exploring it carefully, and in doing so were able to find even very small bones. It may seem like a long time between discovery and publication (22 years), but it is fairly typical for paleontology.

In the case of this animal, detailed comparisons had to be made with all of its relatives, so that it would be certain that it is a new species and not just another specimen of a previously-known type. During the time Kongonaphon was alive (around 237 million years ago), Madagascar was directly attached to India as part of the supercontinent Gondwana. Triassic vertebrate fossils of similar age have been found in a band of rocks extending across Madhya Pradesh, Chhattisgarh and Odisha, but thus far nothing like Kongonaphon has been found there yet.

Such a tiny ancestral body size may help explain the origins of flight in pterosaurs. All flying animals seem to have evolved from very small ancestors. A smaller, lighter body is more conducive to aerial locomotion such as gliding, which seems to be an important intermediary step in the origin of flight. Extensive studies on the origins of birds have shown there was also a miniaturisation event there, with the gigantic theropod dinosaurs becoming progressively smaller in size and the first birds (such as Archaeopteryx) being only around the size of a pigeon or a myna.

Analysis of body size throughout the history of dinosaurs and relatives shows that ancestrally medium-sized animals evolved into very small animals, such as Kongonaphon, which would have been around 10 cm tall and about 30 cm long. This then evolved into dinosaurs and pterosaurs which could reach enormous sizes. The scientists also discovered characteristics about the Kongonaphon kely, including wear on the teeth that suggests it ate insects and fuzzy skin that retained heat. Both adaptations may have helped the tiny animal fill a unique niche.