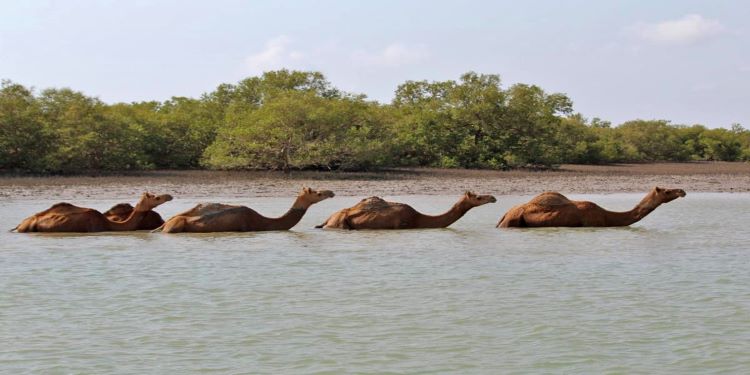 In news : Rapid industrialisation in Gujarat threatens the mangroves that kharai camels and their nomadic herders depend on

As per latest counting, the state has 6,200 camels out of which around 2,200 are found in areas such as Lakhpat, Abdasa, Mundra and Bhachau in Kutch whereas the remaining are seen in South Gujarat near Aliya Bet.