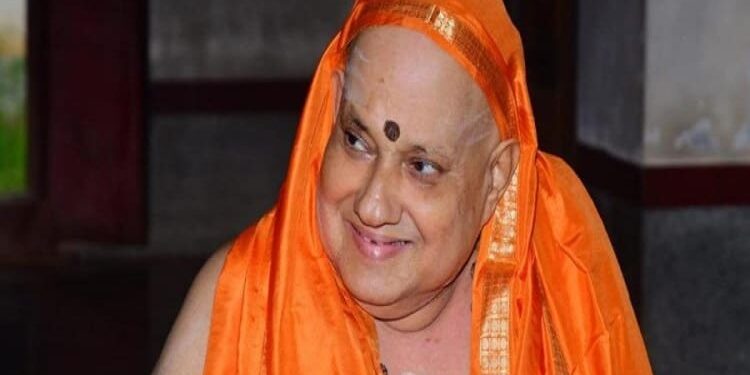 Kesavananda Bharati, the head of Edneer Mutt at Kasaragod in Kerala whose petition in the Supreme Court led to the landmark verdict of 1973 that outlined the basic structure doctrine of the Constitution has died. Bharati was the head of Jagadguru Shankaracharya Samsthanam mutt, which belongs to the Shankaracharya tradition. The mutt is believed to have been established by Totakacharya, one of the first four disciples of Adi Shankaracharya.

He was the petitioner in the His Holiness Kesavananda Bharati Sripadagalvaru and Ors. Vs. State of Kerala and others case in which the Supreme Court ruled that the basic structure of the Constitution is inviolable, and cannot be amended by Parliament. It was on March 21, 1970 that Bharati moved the apex court, challenging the Kerala government’s takeover of land owned by the mutt as per the land reforms Act of 1969. Following enactment of the law, the mutt had lost its property and was struggling for financial resources for its functioning and charitable activities.

In his petition, Bharati had sought enforcement of rights guaranteed under Article 25 (Right to practice and propagate religion), Article 26 (Right to manage religious affairs), Article 14 (Right to equality), Article 19(1)(f) (freedom to acquire property), Article 31 (Compulsory Acquisition of Property). He had prayed that provisions of the Kerala Land Reforms Act, 1963 (Act 1 of 1964) as amended by the Kerala Land Reforms (Amendment) Act 1969 (Act 35 of 1969) be declared unconstitutional, ultra vires and void. During pendency of the writ petition, the Kerala Land Reforms (Amendment) Act 1971 was passed and it received assent of the President on August 7, 1971. The petition was heard by a 13-member bench, the largest-ever bench in the history of the Supreme Court. The court heard the petition for 68 working days, from October 31, 1972 to March 23, 1973.

Bharati became the head of the mutt at the age of 19 in 1960 following the death of Ishwarananda Bharati Swami. Under him, the mutt emerged as a seat of art and learning. Bharati was passionate about Carnatic music and was at the forefront of promoting Yakshagana, a traditional theatre form popular in Kasaragod and coastal Karnataka. He had directed Yakshagana plays and used to organise musical concerts at the mutt.

The Kesavananda Bharati judgment introduced the Basic Structure doctrine which limited Parliament’s power to make drastic amendments that may affect the core values enshrined in the Constitution like secularism and federalism. The verdict upheld the power of the Supreme Court to judicially review laws of Parliament. It evolved the concept of separation of powers among the three branches of governance — legislative, executive and the judiciary.

The ruling has cemented the rejection of majoritarian impulses to make sweeping changes or even replace the Constitution and underlined the foundations of a modern democracy laid down by the makers of the Constitution.