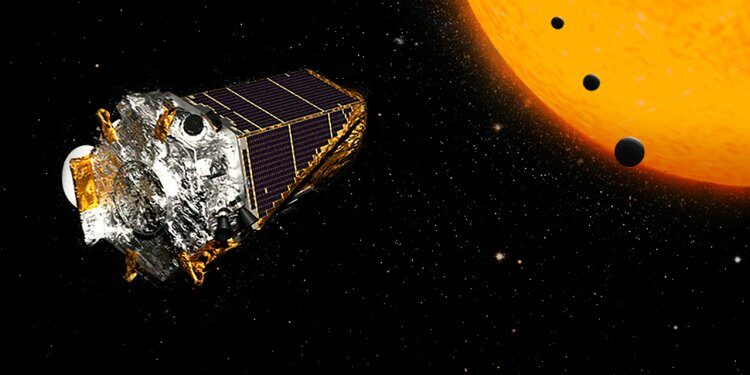 What is Kepler Telescope?

The Kepler spacecraft, is a spacecraft operating as the Kepler’s second mission popularly known as K2 mission, has spent three years observing a ribbon of the sky (blue line) as it orbits the sun.

The Kepler Mission is specifically designed by NASA to survey our region of the Milky Way galaxy to discover hundreds of Earth-size and smaller planets in or near the habitable zone and determine the fraction of the hundreds of billions of stars in our galaxy that might have such planets.

The Transiting Exoplanet Survey Satellite (TESS) is a NASA mission that will look for planets orbiting the brightest stars in Earth’s sky. It was led by the Massachusetts Institute of Technology with seed funding from Google.

Mission: The mission will monitor at least 200,000 stars for signs of exoplanets, ranging from Earth-sized rocky worlds to huge gas giant planets. TESS, however, will focus on stars that are 30 to 100 times brighter than those Kepler examined. This will help astronomers better understand the structure of solar systems outside of our Earth, and provide insights into how our own solar system formed.

Orbit: TESS will occupy a never-before-used orbit high above Earth. The elliptical orbit, called P/2, is exactly half of the moon’s orbital period; this means that TESS will orbit Earth every 13.7 days.

How it works? It will use transit method to detect exoplanets. It watches distant stars for small dips in brightness, which can indicate that planet has passed in front of them. Repeated dips will indicate planet passing in front of its star. This data has to be validated by repeated observations and verified by scientists.