Karnataka and the Cow Slaughter bill

Karnataka state legislature has passed the Karnataka Prevention of Slaughter and Preservation of Cattle Bill, 2020 which envisages a ban on all forms of cattle slaughter and stringent punishment for offenders. 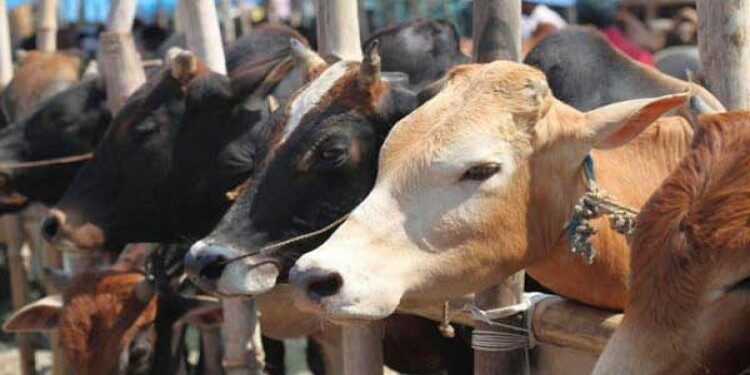 Recent passing of the anti-cow slaughter bills by various states attracts the question of logic behind such bans. Beef is considered the cheap source of protein for a large population in India. Moreover farmers are inclined towards rearing those animals that can be easily disposed of once their useful life is over. If one needs to really protect the cow, the basic ecological culture that sustains the bovine economy should not be banned.

In news: Karnataka widens the ambit of Cow Slaughter bill.
Placing it in syllabus: Society

Highlights of the Bill:

Other states with such laws:

Constitutional Provisions which allows for such bill:

Article 48 of the Constitution of India is one of the Directive Principles which directs the state to make efforts for banning the beef consumption, animal slaughtering, smuggling, and their trading with neighboring borders.

Are these bills relevant?

In India, cattle have always been relished and their meat is a critical and cheap source of nutrition for various communities – including Adivasis, Dalits, Christians, Muslims. The anti-cow slaughter rules are viewed as not only an attack on the right to life, livelihood and diverse food cultures but an assault on the entire agrarian economy.

In meat production systems, it is the female which is reared carefully in large numbers to reproduce future generations, and the male that goes to slaughter. It is only the sick, old, infertile and non-lactating female that is sold for slaughter.

The whole of the North-East, Kerala and West Bengal have no restrictions on cattle slaughter, and the 2019 livestock Census saw West Bengal overtake UP as India’s No.1 cattle state and the former state permits slaughter of all animals.

While India’s population of fine indigenous cattle breeds keeps decreasing year by year, the population of imported breeds like Brazil’s Ongole, Kankrej and Gir breeds have kept increasing. Between 2003 and 2012, the annual growth of young female bovines declined from 1.51% to 0.94% in indigenous cattle and from 8.08% to 5.05% in crossbred cattle.

White revolution policy interventions to enhance milk production have actively advocated and financed replacement of indigenous cattle with high yielding breeds. As fewer cows are reared in today’s India, cattle have been displaced from their productive role in agricultural livelihoods.

By the time the animal is seven-eight years old its milk yields fall and the returns don’t justify the costs of feeding and maintenance. Hence no farmer can afford to wait for 13 years as the small amount that the farmer may receive is more than offset by the cost of feeding during the animal’s unproductive years.

But India’s buffalo population has grown by 21% since 1997 as buffaloes anchor milk and beef production in India. India is the 2nd largest exporter of buffalo beef in the world. Buffaloes survive well on limited, coarse, less nutritious crop residues, whilst cattle need more green fodder and green grass.

Hence it is evident in itself that given all other conducive input factors for the animal to be reared, allowing the slaughter of an animal actually drives its numbers up.