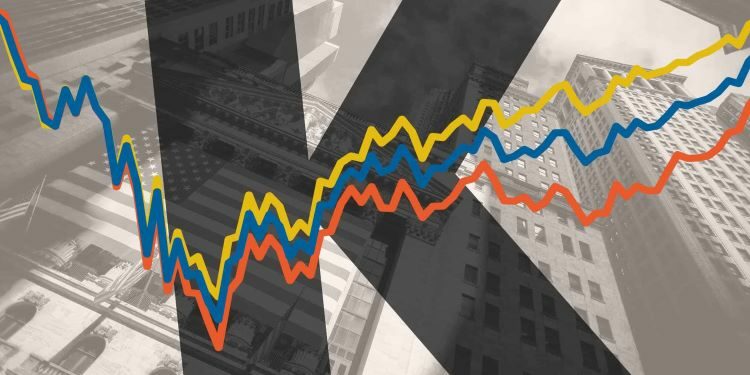 In news : Economists are of the opinion that the prospects of a K-shaped recovery from COVID are increasing both in India and across the world.

What is K-Shaped Economic Recovery?

The K-shaped recovery as a result of COVID-19

How is it different from other forms of recovery?

Unlike other letter-shaped descriptors of economic recessions and recoveries (L-shaped, V-shaped, U-shaped, or W-shaped), which describe the path of economy-wide macroeconomic aggregate variables like Gross Domestic Product or total employment, a K-shaped recovery describes the path of different disaggregated economic variables, such as income across different segments of society or employment in different industries, relative to one another. 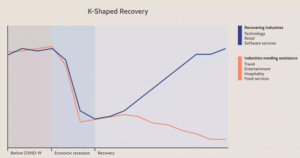 Several different economic phenomena may be at work in driving a K-shaped recovery.

Other types of Economic recoveries