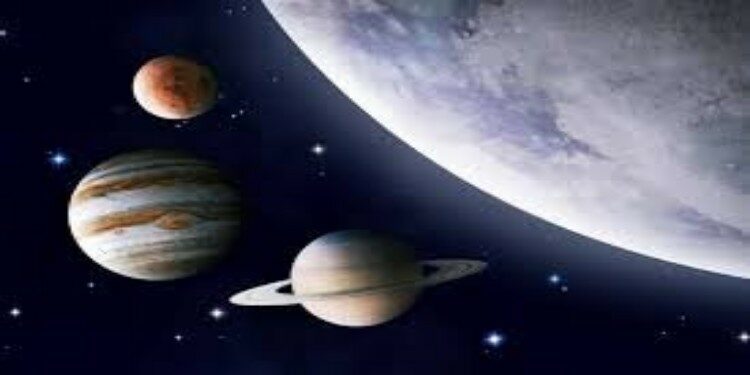 On December 21 both Jupiter and Saturn will be seen very close to each other, appearing like one bright star

Why is it such a unique celestial event?

Because the two planets have never been so close since 1623, and hence, the term “a great conjunction” and the planets will next come comparably close on March 15, 2080.

As per experts, On the night of December 21, their physical distance will be around 735 million km

Experts also point out that this will be the second-most close conjunction of Jupiter and Saturn since the invention of the telescope in 1609 by Galileo Galilei. The two planets have not been viewed this close to each other since 16 July, 1623

Prior to 1623, the closest observable Jupiter-Saturn conjunction was in medieval times — in 1226.

While the conjunction between Jupiter and Saturn occurs at an interval of 19 years and seven months, the proximity between them when viewed from earth varies and hasn’t appeared this close in 397 years. 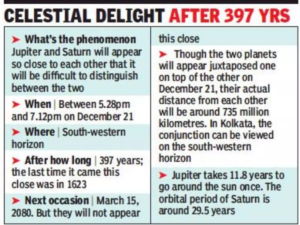 What is a conjunction?

If two celestial bodies visually appear close to each other from Earth, it is called a conjunction. And such conjunction of Saturn and Jupiter is at times called a great conjunction. It is also called Star of Bethlehem/ “Christmas Star.”