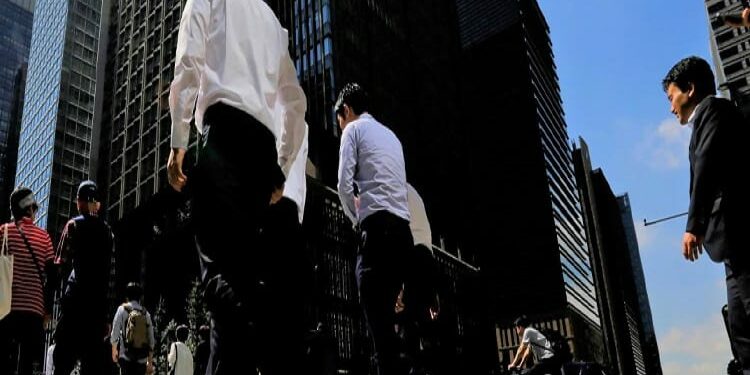 Japan’s economy shrank 7.8% in the second quarter of the year, its worst performance on record, as the coronavirus pandemic ground economic activity to a near halt in April and May. It is the largest decrease since 1955, when the Japanese government began to use gross domestic product as a measure of its economy.

Already weakened by a tax increase, slowing demand from China and a series of natural disasters last fall, Japan’s economy became the first among major nations to officially fall into recession when the pandemic hit, causing exports to plunge and effectively obliterating the country’s tourism sector.

The pandemic’s total impact on the economy up to this point is almost the same as the 2008 financial crisis. But with the financial crisis, things got worse slowly. This time, they got bad all at once. Private consumption, which accounts for more than half of Japan’s economy, plunged 8.2% for the quarter, as lockdown measures to prevent the spread of the virus kept consumers at home. Capital expenditure – money spent on new equipment, land or buildings – declined 1.5% in the second quarter. External demand – or exports minus imports – shaved a record three percentage points off GDP, as the pandemic dampened global demand.

Japan has deployed aggressive fiscal and monetary stimulus measures to cushion the blow from the pandemic, which hit an economy already reeling from last year’s sales tax rise and the United States-China trade war. The stimulus so far has helped keep unemployment and bankruptcies low. And while companies furloughed millions of workers, government subsidies, combined with a super-tight labor market, ensured that workers would have a job to return to when the emergency lifted. So far, the country has avoided the worst of the pandemic. It has reported just over 1,100 deaths from the virus, far fewer than its peer economies.

The new recession is the first for Japan in four-and-a-half years and is expected to exact a heavy cost on Japanese businesses and consumers. Japan was last in a recession in late 2015. The Japanese government has taken steps to stem the economic damage of the ongoing pandemic-induced economic crisis. Recently, Japanese lawmakers passed an additional budget. Abe has called for a second emergency spending bill to be pushed through to protect Japanese small businesses; the second budget may cover business rents and payroll costs. Already, Japan has spent more than 20% of GDP on pandemic-response measures.