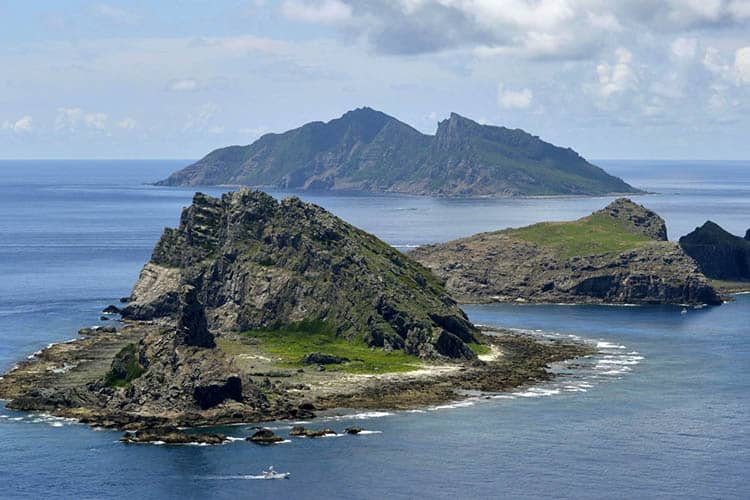 Ties between China and Japan have been strained by a territorial row over a group of islands, known as the Senkaku islands in Japan and the Diaoyu islands in China. At the heart of the dispute are 8 uninhabited islands and rocks in the East China Sea. They have a total area of about 7 sq km and lie north-east of Taiwan, east of the Chinese mainland and south-west of Japan’s southernmost prefecture, Okinawa.

The islands have gained significance since they are close to important shipping lanes, offer rich fishing grounds and lie near potential oil and gas reserves. They are also in a strategically significant position, amid rising competition between the US and China for military primacy in the Asia-Pacific region.

Japanese Claims: After World War Two, Japan renounced claims to a number of territories and islands including Taiwan in the 1951 Treaty of San Francisco. These islands, however, came under US trusteeship and were returned to Japan in 1971 under the Okinawa reversion deal.

Japan says China raised no objections to the San Francisco deal. And it says that it is only since the 1970s, when the issue of oil resources in the area emerged, that Chinese and Taiwanese authorities began pressing their claims.

Chinese Claims: China says that the islands have been part of its territory since ancient times, serving as important fishing grounds administered by the province of Taiwan.

A naming controversy over the contested, uninhabited Senkaku Islands has ramped up tensions between Japan, China and Taiwan in the East China Sea. The Ishigaki city assembly in Okinawa prefecture voted to change the addresses of the chain’s five main islands to include the name “Senkaku.” China claimed that Japan’s adoption of the so-called name-changing bill is serious provocation against its territorial sovereignty, which is illegal, null and void.