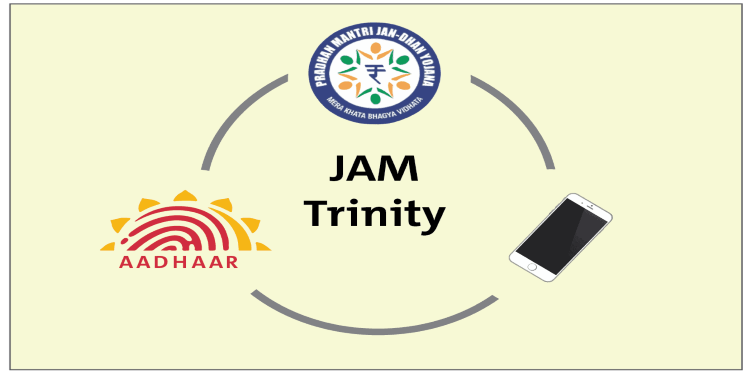 In news: Recently, the Prime Minister stated in Lok Sabha that Government’s Jan-Dhan-Aadhar-Mobile trinity made a positive difference in people’s lives during COVID 19 pandemic

Introduction of DBT in LPG and MGNREGS have proved that use of JAM can considerably reduce leakages, reduce idle funds, lower corruption and improve ease of doing business with the government. Despite huge improvements in financial inclusion due to Jan Dhan, JAM Preparedness indicators suggest that there is still a long way to go. Center can invest in last-mile financial inclusion via further improving BC networks and promoting the spread of the mobile money.