Issue of Tax Evasion in India 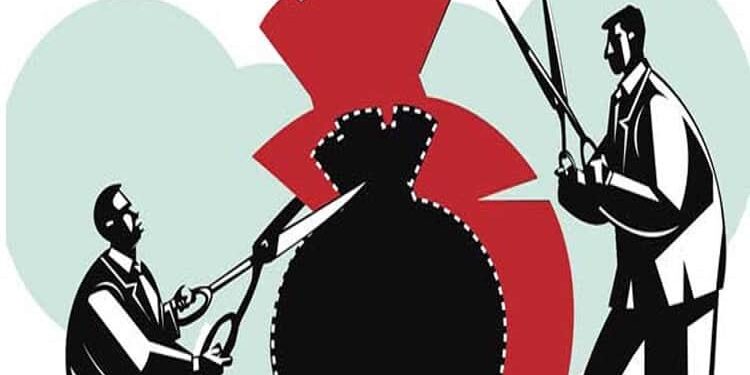 India’s tax collection is set to decline sharply this year because of the decline in national income and fall in employment due to COVID-­19. Simultaneously, expenditures related to the pandemic are ballooning. Thus, the fiscal deficit in the budget is set to rise unless other expenditures are cut. However, there are committed expenditures which cannot be curtailed and the deficit in the budget is set to climb to a new high for 2020­ 21. So, there is no option but to try and collect more taxes.

The Prime Minister unveiled income tax reforms to make the system faceless, painless and seamless. He stated that 15 million people pay income tax out of a population of more than 1.35 billion. This is the number for the financial year 2018-­19. For 2019-­20, the number of taxpayers may be similar given that the economy was slowing down and unemployment was at a record high. In 2020­-21, the number would drop sharply due to the impact of COVID­-19 and massive unemployment in the organised sector

The number of tax filers has increased but the number of taxpayers has dropped. This is a result of the tax concession offered in the Budget — those filing a return up to ₹5 lakh do not have to pay a tax. Interestingly, in 2012­-13, a year for which the government had released detailed data in 2016, the number of effective tax payers was 16 million. So, in spite of an increase in population and the laws introduced in the last six years to bring the rich into the tax net, there has been little change in the number of taxpayers. The fact that the direct tax to GDP ratio in percentage terms is stagnating at about 5.5% is another indication of this.

There are two categories of the well off in the country: those who file a tax return and those who completely escape the tax net. If the former had declared more of their incomes, the tax to GDP ratio would have risen. If those who were outside the tax net had come into the tax net and started filling their returns, there would have been a rise both in the tax to GDP ratio and the number of taxpayers. A 2016 report says the top 10% of Indians earned 55% of the nation’s incomes. If they could be brought under the income tax net and they paid their taxes honestly, at current tax rates, the income tax to GDP ratio alone would have been about 18%. Add to that the collection from other direct taxes, like corporate tax, and the figure would be more than 20%. This figure of 55% does not take into account the black income generation in the country. Clearly a lot of taxes are not paid out of white incomes and none from the black incomes.

Demonetisation was supposed to bring out the black incomes and turn them white so that the tax to GDP ratio could sharply rise. The government made repeated announcements about how many more people had come into the tax net after demonetisation and about how more tax would be collected. However, no such thing has happened as the Prime Minister’s statement implies. The government has been tracking several initiatives to tackle the large black economy. It renegotiated the tax treaty with Mauritius to get back to India the money held abroad. But nothing seems to budge the rich to pay more tax. Actually, the rich are fleeing the country. More than 23,000 high net worth individuals left the country in five years up to 2019.

A considerable part of the tax filing process was computerised when e­-filing and, earlier, PAN were introduced. These measures tried to cajole people into filing honest returns. The Vivad se Vishwas scheme was introduced to settle tax disputes. But none of these schemes seem to have delivered.

There is also an administrative problem. The department is grossly understaffed and officers have inadequate time to scrutinise cases. A few thousand officers have to deal with lakhs of cases. What takes a clever Chartered Accountant a few months to prepare cannot be deciphered by an officer in a few hours. Incomes of salaried employees are simple to estimate but the problem lies with estimating business incomes. To estimate them one needs to know the revenue and costs. Both are fudged through under invoicing and over invoicing. Businessmen declare their entire household expenditure as business costs. Even if a lot of computerised data are  available it may prove to be inadequate.

The highest tax rate has been brought down from 97.5% in 1971 to 30% (plus surcharge) now. After 1991, with new economic policies, the controls and regulations were sharply curtailed – the Monopolies and Restrictive Trade Practices Act, the Foreign Exchange Regulation Act, etc. were removed. But the well off have constantly complained that tax rates are high and there are too many controls; that they pay all the taxes but get nothing in return. This lament seems rather unfair.