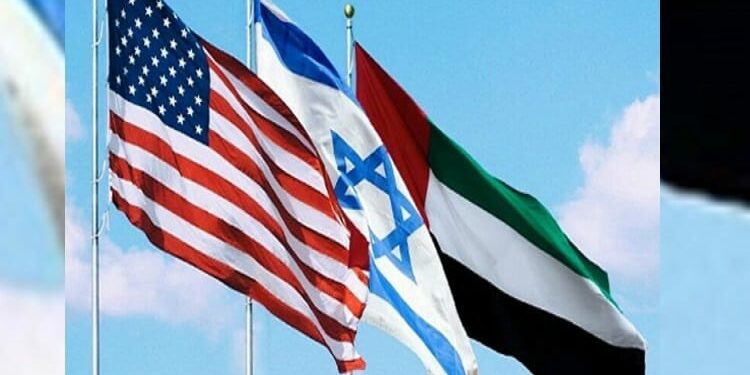 Israel and the United Arab Emirates, helped by the US, have arrived at an important peace agreement that has the potential to change the geopolitics of West Asia and beyond. The deal: the UAE will establish diplomatic relations with Israel in return for President Binyamin Netanyahu committing to give up a stated plan to annex the West Bank, the main territory of a state that the Palestinians want. The UAE became the third Arab nation to recognise Israel after Egypt (in 1979) and Jordan (1994).

The announcement by the White House took the world by surprise, Palestinians included. In the coming week, according to the White House statement, delegations from the two countries will meet to set in motion bilateral ties in investment, tourism, direct flights, security, telecommunications, tech, energy, healthcare, culture, the environment, etc. On priority, Israel and UAE will work together to find a treatment and a vaccine for Covid-19.

President Mahmoud Abbas of the Palestinian Authority, which seeks a two-state solution, lashed out against the deal as a betrayal by the UAE. He has been disengaged from the Trump administration for the last two years for its pro-Israel stand. “The Palestinian leadership rejects and denounces the UAE, Israeli and US trilateral, surprising, announcement,” a senior adviser to Abbas said. It was a “betrayal of Jerusalem, Al-Aqsa and the Palestinian cause,” he said.

The Hamas, a Palestinian Islamist militant group that de facto runs the Gaza strip, and views the relationship with Israel as a fight to the finish, called it a “stabbing in the back of our people” by the UAE. For the Palestinians, the Israeli commitment that it will not pursue its plan to annex the West Bank, is an empty concession – the deal does not address the Palestinian demand for statehood. Netanyahu floated the annexation plan recently – it means Israel will claim sovereignty of all land in the West Bank on which Jewish settlements have come up, literally cutting up the dream of a Palestinian state.

It was not certain if Israel would have gone ahead with it even without the UAE deal. Now, by agreeing not to, he has enabled the UAE to talk it up to its Arab allies as a major concession extracted from Israel, while Netanyahu himself can project it elsewhere abroad as a big give on his part, without compromising on the core issues of the conflict.

Saudi Arabia has said nothing so far, although the ruling family’s Prince Turki al-Faisal had strongly rejected the proposals for Israel-Palestine peace unveiled by the US in January this year, which included a plan to hand over Jerusalem to Israel and permit it to extend its sovereignty to all Jewish settlements in the West Bank. Over the years, the Saudis have seen both the US and Israel as insurance against Shia Iran. But as the leader of the Arab world, and the custodian of Islam’s holiest shrines, it might have preferred someone else to take the revolutionary first step on this.

The smaller Gulf states of Oman and Bahrain have quickly fallen in line behind UAE, and it could be a matter of time before the others, including Saudi, do as well. If the Arab states do fall in line, it would dramatically bring all Sunni nations in the region in an anti-Iran alliance with Israel that they have secretly wished for all these years. Iran and its proxies and allies – in Syria, Lebanon and Iraq, the Hezbollah in Lebanon, and the Houthis in Yemen – have been weakened and broken by war, the ISIS and al-Qaeda. Hezbollah, which Israel has treated as enemy number 1 after Iran, faces a domestic backlash in Lebanon after the explosion that has destroyed Beirut. Russia, a staunch ally of Syria, has not yet reacted; neither has China.