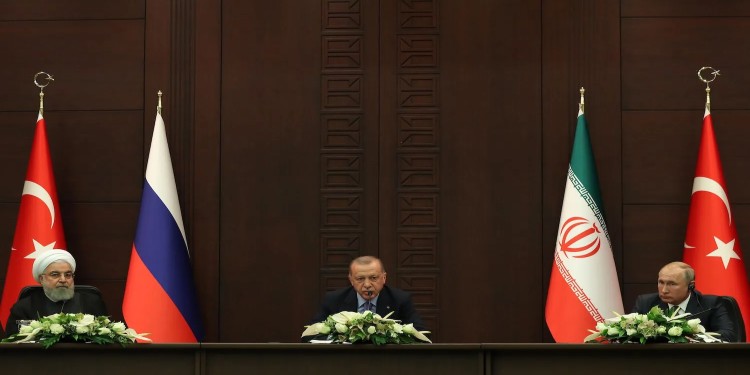 Russian President Vladimir Putin was in Iran on a trip intended to deepen ties with regional heavyweights as part of Moscow’s challenge to the United States and Europe during its grinding campaign in Ukraine. The talks put the respective leaders in the spotlight, as the implications on regional stability, economic cooperation, food security and the war in Ukraine remain opaque.

In News: Russian President Vladimir Putin held meetings recently with the leaders of Iran and Turkey.

Placing it in the Syllabus: International Relations.

Significance of the talks

Issues with the talks

So, it is a win-win situation for India but at the cost of straining the relations with the US.