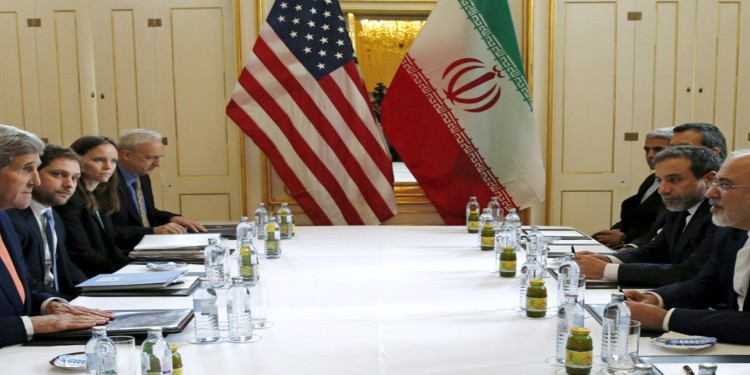 In 2015, Iran agreed a long-term deal in Vienna, Austria, on its nuclear programme with a group of world powers known as the P5+1 – the US, UK, France, China, Russia and Germany. It is formally known as the Joint Comprehensive Plan of Action (JCPOA).

The JCPOA is part of UN Security Council Resolution 2231. The members of the UNSC voted on it on 20 July 2015, and adopted it on 18 October (Adoption Day). It came into effect on 16 January 2016 (Implementation Day). The JCPOA stays in effect for eight years from Adoption Day or upon receipt by the Security Council of an IAEA report stating that the IAEA has reached the Broader Conclusion that all nuclear material in Iran remains in peaceful activities (Transition Day), and terminates ten years from Adoption Day (Termination Day). 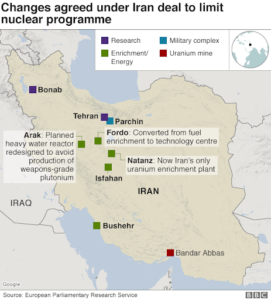 However, in May 2018, then-US President Donald Trump abandoned the JCPOA, calling it “defective at its core”. He reinstated all US sanctions on Iran in November 2018 as part of a “maximum pressure” campaign to compel the country to negotiate a replacement that would also curb its ballistic missile programme and its involvement in regional conflicts.

The other powers, namely the EU, in an attempt to keep the deal alive, launched a barter system known as INSTEX to facilitate transactions with Iran outside the US banking system. However, INSTEX only covered food and medicine, which were already exempt from US sanctions.

President Joe Biden’s administration recently restored sanctions waivers to Iran to allow international nuclear cooperation projects, as indirect American-Iranian talks on reviving the 2015 nuclear deal with Tehran entered the final stretch. The waivers had allowed Russian, Chinese and European companies to carry out non-proliferation work to effectively make it harder for Iranian nuclear sites to be used for weapons development.