In news : According to the IQAir report, India emerged as the world’s third most polluted country after Bangladesh and Pakistan time

About the World Air Quality Report

Arranged by annual average PM2.5 concentration (µg/m³), weighted by population based on the available 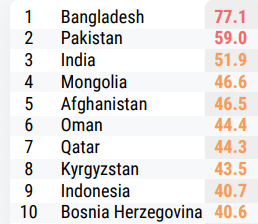 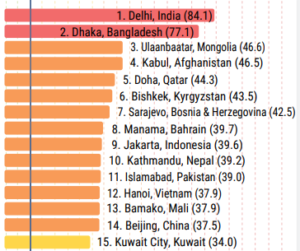 Air pollution: PM2.5 and its impact on Health