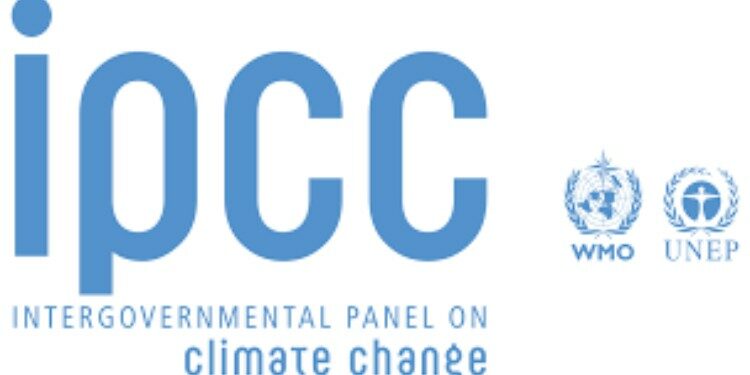 The Sixth Assessment Report (AR6) of the IPCC is “unequivocal” that in recent decades humans have caused the unprecedented changes in the climate, most of which are understood to be “inevitable” and “irreversible”. These IPCC findings can be very important from XSE perspective. 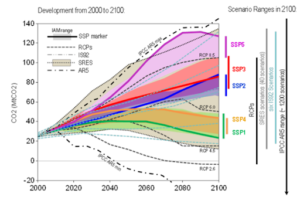 Since the inception of the Intergovernmental Panel on Climate Change (IPCC) in 1988, scientists have been issuing warnings about the likelihood of accelerating climate change, which have been ignored.

From the First Assessment Report (AR1) published in 1990 to the AR5 in 2014, it has been emphasised that climate change is a challenge with global consequences that needs international cooperation.

The IPCC uses scenarios as a common tool to assess different forcings with respect to varying degrees of GHG warming that might occur in future situations in which outcomes are uncertain.

In the previous assessment reports, the future scenarios were derived from different representative concentration pathways (RCPs) describing different levels of radiative forcing with respect to the varying future levels of GHGs without the socio-economic narratives connected to them even being considered.

However, in the AR6, the new sets of scenarios have been derived by integrating a more realistic representation of socio-economic pathways (SSPs) with RCPs.

There is plenty of evidence to show that the unmatched warming caused by the higher level of GHGs in the atmosphere is mainly due to human activities. 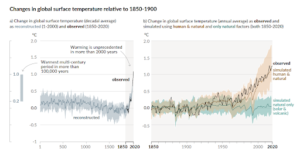 Nowadays numerical models are becoming a handy tool to evaluate the complex feedback between anthropogenic activities and global warming. The new-generation climate models include:

Climate models are able to simulate the evolution of the earth’s climate over time on the basis of the physical principles governing the atmosphere and the oceans.

The success of the climate models in simulating the climate of medieval periods has led to them to being used widely to predict all possible future scenarios, albeit with associated uncertainty

Uncertainties due to climate change:

Climate change is bringing multiple different changes in different regions – which will all increase with further warming. These include changes to wetness and dryness, to winds, snow and ice, coastal areas and oceans. For example:

How is India vulnerable to climate change?

The report, Climate Change 2021: The Physical Science Basis released by IPCC warned that

A treacherous concoction of natural and human-made reasons specific to India make it extraordinarily vulnerable to climate change.

A hot tropical climate, its geography, a heavy dependence of agriculture on stable monsoons and a coastline stretching 7000 km are some.

Runaway pollution, unplanned “development”, deforestation, lack of disaster-preparedness and a large proportion of its population living in extreme poverty are other important factors adding to India’s unique vulnerability.

Mould your thought: Discuss the findings of the latest IPCC Assessment Report. How is the Indian Subcontinent uniquely vulnerable to Climate Change?