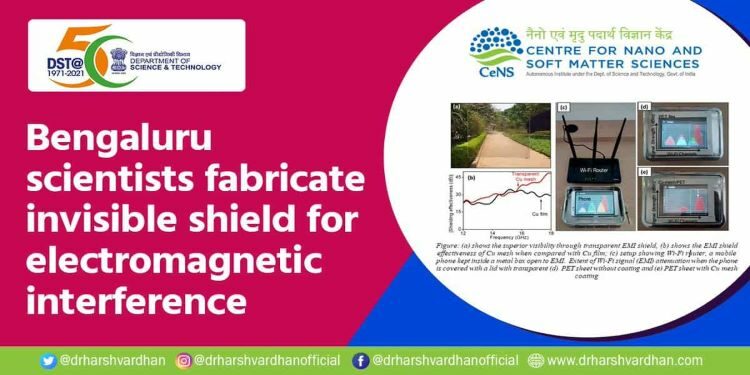 In News:  scientists from the Centre for Nano and Soft Matter Sciences (CeNS), Bengaluru, have designed a metal mesh structure to construct an invisible shield against Electromagnetic Interference (EMI).