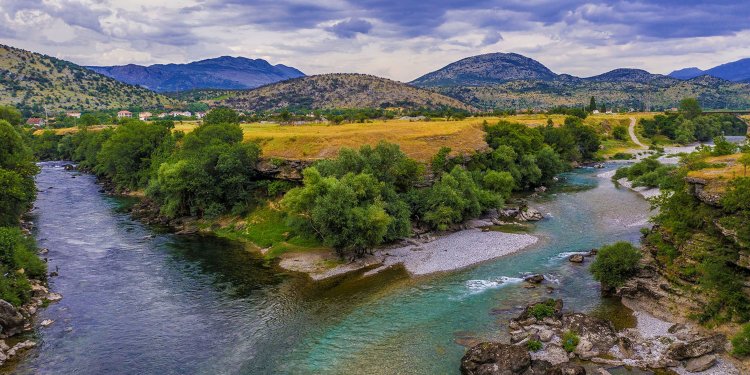 Climate change events cause erratic spatial and temporal variability in rainfall, temperature, humidity, etc..These events affect irrigation, domestic and industrial water supply. Water availability is under pressure due to climate change on one hand and there is overexploitation of water resources on the other. To overcome such problems, interlinking of rivers is one of the suitable alternatives.

In news: Centre has set in motion the process of creating the National Interlinking of Rivers Authority (NIRA).
Placing it in syllabus: Geography

What is Interlinking of rivers? 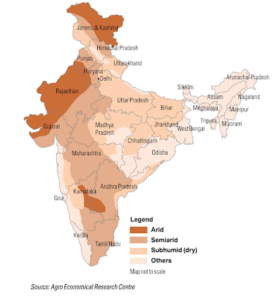 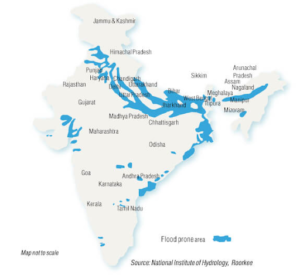 (2) Network of west flowing rivers lies between south of Tapi and north of Bombay;

(4) diverting the flow in some of the west flowing rivers to the eastern side of the country.

(1) Transfer of Ganga and Brahmaputra rivers surplus waters to the Mahanadi Basin and from Mahanadi to Godavari, Godavari to Krishna, Krishna to Pennar and Pennar to the Cauvery river basins.

(2) Transfer of water from the Eastern Ganga tributaries to the western sects of the Ganga and the Sabarmati river basins. 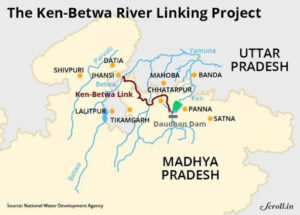 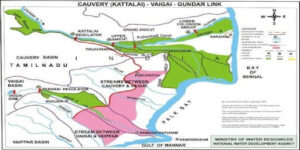 Best Practices in the world on river interlinking-