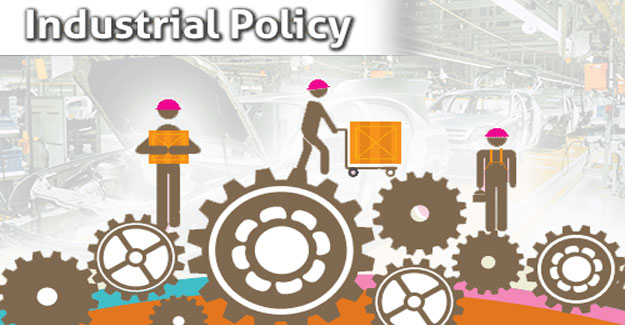 Even though the reforms of the early 90s removed illogical growth barriers and turned the tide for the Indian industry, manufacturing still compares weakly to other Asian countries of similar economic maturity. In this context, a review of the industrial policy in India becomes critical for serious UPSC aspirants.

The main objectives of the Industrial Policy of the Government are:

To achieve these objectives, the Policy focus is on deregulating Indian industry; allowing freedom and flexibility to the industry in responding to market forces; and providing a policy regime that facilitates and fosters growth.

Economic reforms initiated since 1991 envisages a significantly bigger role for private initiatives. The policy has been progressively liberalized over years to at present, as would be evident in subsequent paragraphs.

It Classified industries into 4 categories:

4. Other Industries (Private and Cooperative Sector): All industries not mentioned in the other 3 categories were kept open for the private sector

The IPR 1956 adopted the classification of industries into 3 categories as follows:

IPR 1956 has been criticised on the grounds that by enormously expanding the field of public sector it had drastically curtailed the area of activity for the private sector.

Significant features of NMP are:

Activities under Make in India include:

Mould your thought: Discuss the evolution of Industrial Policy in India. What are the recent developments to encourage manufacturing in India?
Approach to the answer: