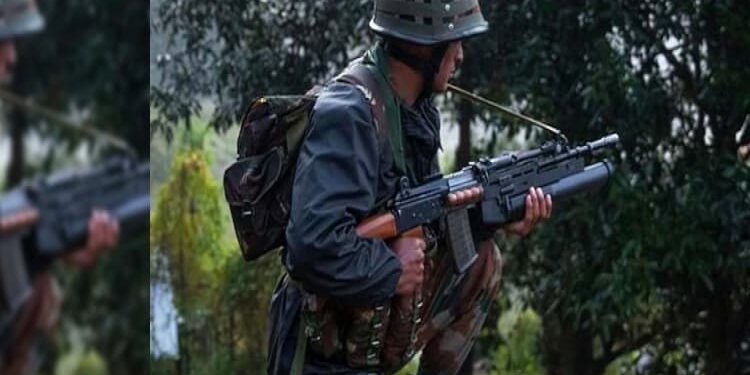 The first consignment of the 40 mm UBGL, designed and manufactured by the ammunition factory at Khadki with components sourced from Indian industries, has already been sent to the BSF. This ammunition, which comes in four variants, is fired from a launcher fitted under the barrel of a 5.56 mm Rifle INSAS (INdian Small Arms System).

It can be fired with the same equipment by the soldier, and it is also very safe for a user to carry. The Under Barrel Grenade Launcher can also be deployed from varying ranges. This equipment is an “add on” attachment to INSAS Rifle1B & AK –47 Rifle. A soldier can launch the grenade when he holds his rifle on his shoulder, as recoil energy is conducive to firing from the shoulder.

The advantages of the 40 mm UBGL ammunition vis-a-vis a traditional hand grenade is that it is lightweight, with a range of 400 meters as compared with only 30 meters of the hand grenade. This ammunition used to be imported by the Army and the Ministry of Home Affairs (MHA) units. Thus, there was a perceived need to indigenise the design and manufacture of this ammunition.

Ammunition Factory Khadki situated near the bank of Mula River is a premier factory (Small Arms) manufacturing ammunition. The main product of the factory is 5.56mm INSAS ammunition developed by DRDO and productionised at AFK in the year 1993. Besides 5.56mm this factory also produces many other small arms ammunition, mortar bombs, detonators, fuses, power cartridges, igniters, squibs and sporting ammunition. (Based on the production estimates of 125 MRD of 5.56mm, 40 MRD of 9mm & 18MRD of A-7 ammunition, the core activities of AFK have been planned).

Ammunition Factory Khadki came into being on 16th December 1869 as a small arms manufacturing unit of the British Government. Regular production of ammunition cartridges using gun powder for Sniders Rifle and Henry Martini Rifle commenced in 1872. After the Chinese aggression of 1962, Ammunition Factory Khadki was revamped and modernised in a big way catering for a large variety of small arms, medium caliber and large caliber ammunition required by Army, Navy and Air Force. During the 1965 and 1971 war AFK played a great role. It rose to the occasion & supplied all the requirements expected of it by services.