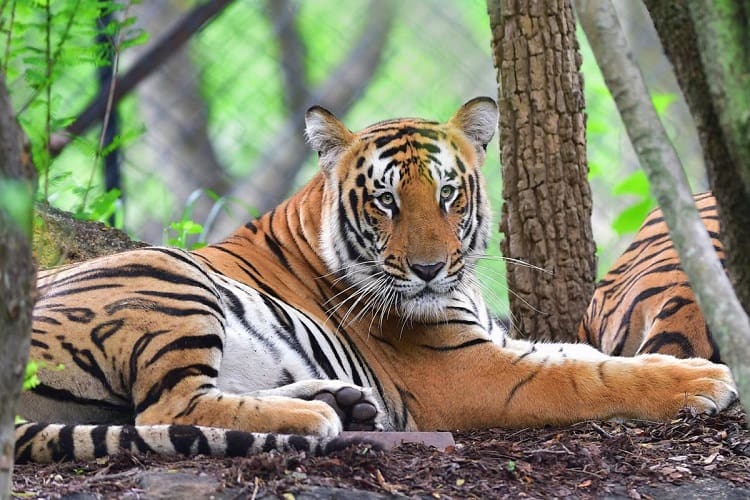 India’s 2018 Tiger Census has made it to the Guinness Book of World Records for being the world’s largest camera trapping wildlife survey. The 4th cycle of the All India Tiger Estimation 2018 estimated 2,967 tigers or 75% of the global tiger population in the nation. Its results were declared to the nation on Global Tiger Day last year.

According to the Guinness World Records, the 4th iteration of the survey conducted in 2018-19 – was the most comprehensive to date, in terms of both resource and data amassed. Camera traps (outdoor photographic devices fitted with motion sensors that start recording when an animal passes by) were placed in 26,838 locations across 141 different sites and surveyed an effective area of 121,337 square kilometres (46,848 square miles).

In total, the camera traps captured 34,858,623 photographs of wildlife (76,651 of which were tigers and 51,777 were leopards; the remainder were other native fauna). From these photographs, 2,461 individual tigers (excluding cubs) were identified using stripe-pattern-recognition software. India fulfilled its resolve to double tigers numbers four years before the target through “Sankalp se Sidhi”. It only goes to show that the work of hundreds of conservationists on and off the field, early initiatives such as Project Tiger (1973), global NGOs such as WWF, and many others is now bearing fruit.

The Government of India had taken the initiative for conserving its national animal, the tiger, by launching the ‘Project Tiger’ in 1973. From 9 tiger reserves since its formative years, the Project Tiger coverage has increased to 50 at present, spread out in 18 of our tiger range states. This amounts to around 2.21% of the geographical area of our country. The tiger reserves are constituted on a core/buffer strategy. The core areas have the legal status of a national park or a sanctuary, whereas the buffer or peripheral areas are a mix of forest and non-forest land, managed as a multiple use area. The Project Tiger aims to foster an exclusive tiger agenda in the core areas of tiger reserves, with an inclusive people oriented agenda in the buffer.

Project Tiger is an ongoing Centrally Sponsored Scheme of the Ministry of Environment, Forests and Climate Change providing central assistance to the tiger states for tiger conservation in designated tiger reserves. The National Tiger Conservation Authority (NTCA) is a statutory body of the Ministry, with an overarching supervisory / coordination role, performing functions as provided in the Wildlife (Protection) Act, 1972.