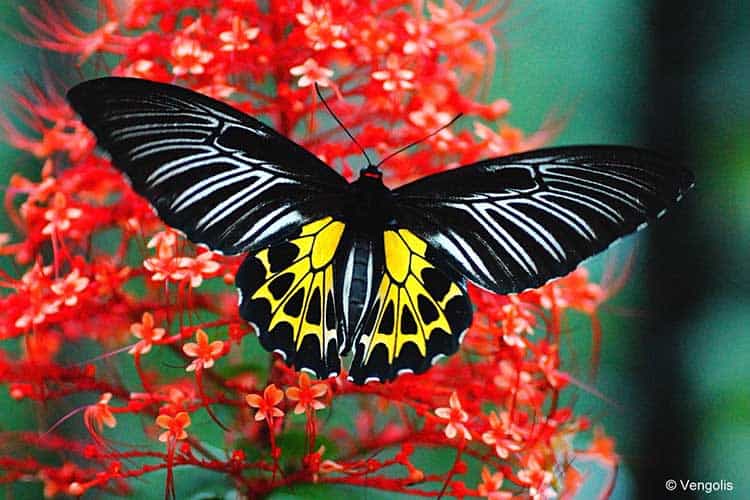 A Himalayan butterfly named golden birdwing is now India’s largest, a record the southern birdwing held for 88 years. It dethroned the specimen found by a British Brigadier in 1932.

With a wingspan of 194 mm, the female of the species is marginally larger than the southern birdwing (190 mm) that Brigadier William Harry Evans, a British military officer and lepidopterist, recorded in 1932. But the male golden birdwing (Troides aeacus) is much smaller at 106 mm. While the female golden birdwing was recorded from Didihat in Uttarakhand, the largest male was from the Wankhar Butterfly Museum in Shillong.

According to the authors, the only measurement used in the study of Lepidoptera is wingspan — a simple concept with various interpretations of the term. Some older authors measured a straight line between the forewing apices (pointed ends or tips) of pinned specimens. This was controversial, since the same butterfly could have different wingspans, depending on the position of its forewings in relation to each other.

The updated wingspan of three species — all from Uttarakhand — after the golden birdwing are the common windmill (Byasa polyeuctes) at 98 mm, the great windmill (Byasa dasarada) at 96 mm, and the common peacock (Papilio bianor) at 78 mm. The smallest is the quaker (Neopithecops zalmora) with a wingspan of 18 mm and forewing length of a mere 8 mm. The largest female golden birdwing’s forewing length is 90 mm.