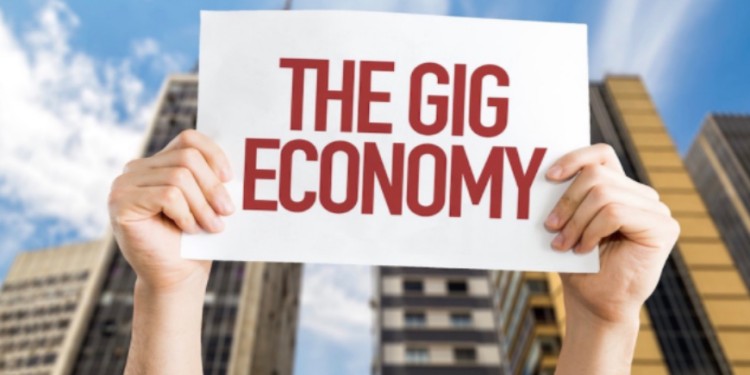 For the low-skilled employees in India’s enormous labor pool, the gig economy has the potential to generate employment. The government must take the necessary actions to encourage the growth of platforms and the gig economy. In order to give gig employees fair working conditions and social security benefits, it is also necessary to safeguard their interests. All stakeholders involved will need to put some effort into striking the right balance.

In News: NITI Aayog has released a report  “India’s Booming Gig and Platform Economy” with comprehensive perspective and recommendations on the gig-platform economy in India.

Size of the Gig economy- 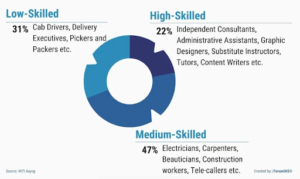 Key points regarding women and PwDs in Gig Economy-

The challenges of the Gig economy– 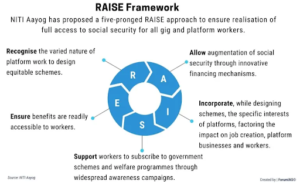 While platform companies have created avenues of employment, it has often been marred by low wages, unequal gender participation, and a lack of possibility for upward mobility within an organization. This has triggered protests from workers at companies like Swiggy, Zomato, Ola, Uber, and Urban Company, among others.

The gig economy is poised to undergo rapid expansion in the coming decade. While the gig economy sector has several upsides with respect to growth and livelihood opportunities, there are some serious concerns that need regulation. NITI Aayog recommendations can help address the concerns of gig workers in India.