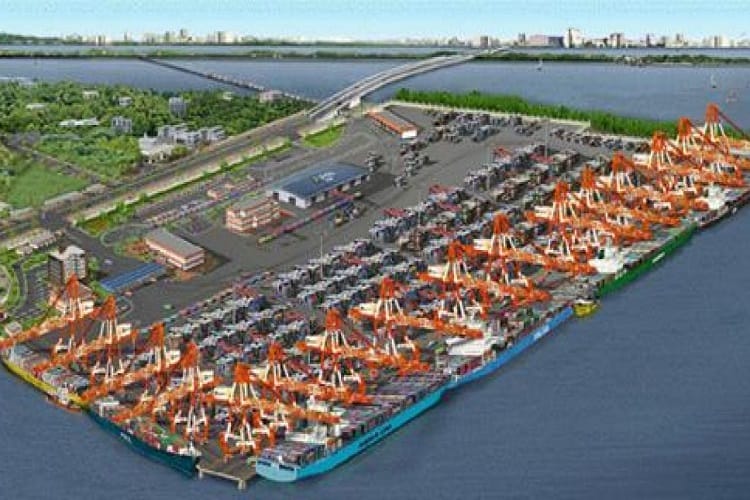 The Kochi International Container Transshipment Terminal (ICTT), locally known as the Vallarpadam terminal, is located strategically on the coastline in Kerala. The  terminal, managed by DP World, is envisaged as the first transshipment port of India.

The Ministry aims to chalk out the strategy to tackle the various challenges and actualize the vision of the trans-shipment hub of India and pioneer hub in South Asia. It is to ensure that Indian cargo trans-ships through an Indian port. Trans-shipment hub is the terminal at the port which handles containers, stores them temporarily and transfers them to other ships for the onward destination.

[The first phase of the Rs 6,250-crore ICTT at the Vallarpadam island was dedicated to the nation in February 2011, describing the project as a “long-awaited milestone” in the development of the country’s logistics infrastructure].

It successfully fulfills all the criteria which are needed to develop it as trans-shipment hub which include: