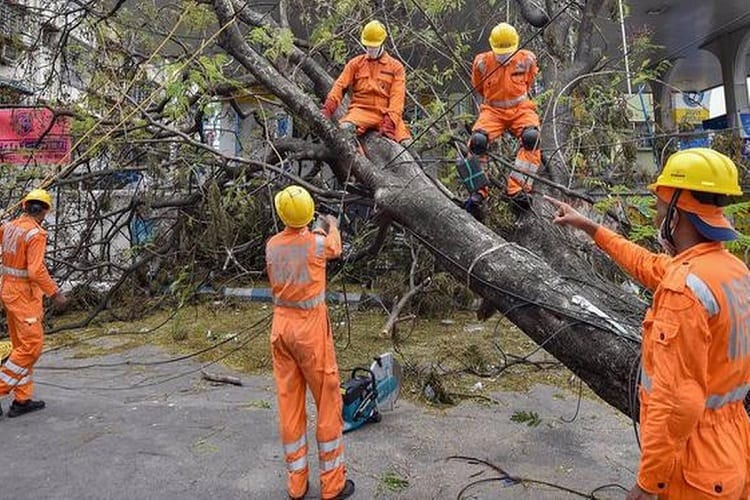 The Indian Red Cross Society (IRCS) and its state branches were quick to respond to the flood fury. In its current flood response operation it has distributed 24,500 units of family packs valued at Rs.139.62 lakhs (approx) to the flood victims in the states of Andhra Pradesh, Assam, Gujarat and Kerala.

Every year during the monsoon season, India receives nearly 75% of its annual rainfall resulting in heavy discharge into the rivers during these months. This often leads to widespread floods in the country. This year again the country has witnessed heavy floods in 10 states (Assam, Andhra Pradesh, Bihar, Gujarat, Karnataka, Kerala, Maharashtra, Orissa, Tamil Nadu and Tripura). According to the media sources, over 200 people have lost their lives and thousands have been rendered homeless.

The IRCS has an experience of more than seven decades in disaster relief. It plays a significant role in community level preparedness activities like cyclone shelters in Orissa, raised platforms and raised tube wells in Assam and Bihar and community radios in Andhra Pradesh. It has been working towards reducing the impact of disasters and minimising the loss of life and property on account of man-made and natural disasters. These efforts have been directed at identifying the vulnerability of areas and local communities and developing organisational systems and institutional capacity for risk reduction and disaster response programmes.

The IRCS has been able to respond effectively during the current flood operation. The IRCS disaster response tools like the National, State and District Disaster Response Teams (NDRT, SDRT & DDRT respectively) were mobilised within a short notice and immediately reached the disaster-affected areas and started their rescue and relief operations with the support of local volunteers. This year during the flood operations SDRT teams were deployed in the states of Assam, Gujarat and Andhra Pradesh for rapid assessment.

The IRCS disaster response is speedy, as it has six regional warehouses located at strategic locations. These warehouses store relief items that can be distributed to the affected states within 24 to 48 hours. Another value addition is that the water sanitation units (Watsan) have proved beneficial in emergency operations providing clean drinking water to the affected population.

As technology plays a major role in designing early warning systems, catalyzing the process of preparedness, monitoring, response and mitigation, in order to bridge this gap the IRCS is also initiating to establish video-conferencing systems as a part to extend the information sharing facilities. These facilities are in the 11 identified disaster prone states (Gujarat, Maharashtra, Tamil Nadu, Andhra Pradesh, Orissa, West Bengal, Bihar, Assam, Madhya Pradesh, Tripura and Uttrakhand) and its six regional warehouses.