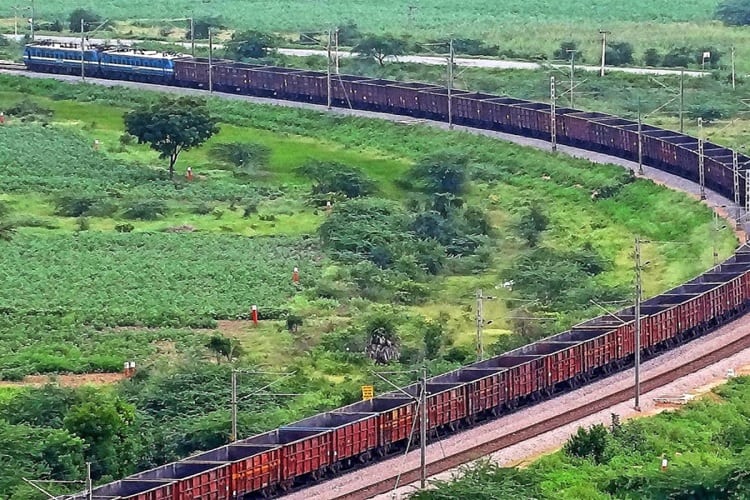 Indian Railways operated Sesh Naag from the Nagpur division to the Bilaspur division which travelled a total distance of 260 km. Sesh Naag earned the distinction of being the longest railway train to run on the Indian Railways network. It consisted of 2.8km long four empty BOXN rakes train combined together. A total of 251 empty wagons were transported between both the sations with the help of four electric locomotives. The train operated at an average speed of 65kmph while the top speed of the train was 80kmph.

Super Anaconda was a fully loaded three rake combined freight train which consisted of 177 loaded wagons with three freight trains combined together between Lajkura & Rourkela in Odisha. The total weight of the train was more than 15,000 tonnes and was hauled by four electric locomotives.

Running the freight trains combined together helps the overall operations of the Indian Railways. It leads to saving time and also manpower due to the combined rake operations as the empty rakes are taken to the coal mines for loading of coal quickly and dispatching them within a shorter duration to the coal based power plants.

It will also help in reducing the manpower and the time required for the movement of the trains and also easing the traffic congestion on the route. Indian Railways is prioritising the movement of freight trains in its network as the passenger trains are not running in full utilisation due to the spread of coronavirus pandemic.