The 7th edition of Indian Ocean Naval Symposium (IONS), a biennial event, was hosted by the French Navy at La Réunion from 28 June to 01 July 2021.

IONS includes 24 nations that permanently hold territory that abuts or lies within the Indian Ocean, and 8 observer nations: 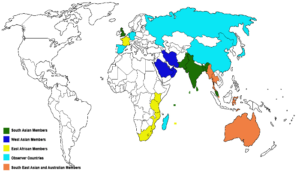